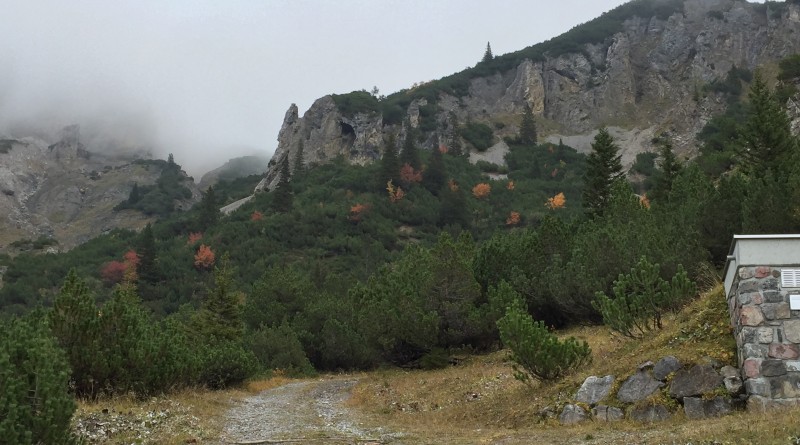 One of my hobbies is trying to make it into the “Century Club.” The Century Club is people who’ve been to 100 countries and territories. The “and territories” makes it somewhat easier to get into. The rules for what constitutes a country or territory can be found here. The list can be found here. Alaska, for example, counts separate from the US because it is not geographically contiguous with the rest of the US. 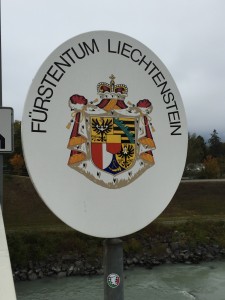 As I write this I’m in Liechtenstein, which is #74 on my list. I decided to make this a project after hearing about it from a friend, Valerie. She’s on 90-something, so way ahead of me.

My experiences in Liechtenstein these past few days show the benefit of a seemingly weird thing to do like try to join the Century Club. Earlier this week I was on business in Germany. My work finished on Friday afternoon, too late to get back home to Jerusalem for the start of Shabbat. So what to do with a weekend in Europe? Why, just a few hours away there’s another country I can add to my list! So of course that’s what I did.

I’m VERY impressed with Liechtenstein. It’s an amazing little country. Yet I never would have made the effort to come here without the inspiration of the “Century Club” thing. Travel is all about seeing new things, new sights, meeting new people, etc. Having the Century Club as a goal adds a delicious element of serendipity to travel. I didn’t have to do a whole bunch of research ahead of time to decide whether or not Liechtenstein would be the best possible place for me to spend a couple of days in Europe. It was another “x” I could fill in on my spreadsheet, and that was enough reason to go. And now that I’m here, I’m very glad I am. 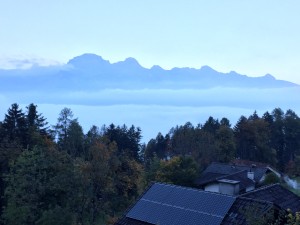 I’ve been running and hiking in the Alps in Liechtenstein over the last couple of days. The scenery is stunningly beautiful. I was reminded of a story from Rabbi Samson Raphael Hirsch, the great 19th century German rabbi. He was going to Switzerland on vacation, and someone from his community said, “But rabbi, a vacation? Isn’t that ‘bitul Torah,’ neglecting the study of Torah? (in other words, isn’t that somehow a sin?)” R. Hirsch replied, “When I die and meet my creator, what will I say when he asks me “So, Sammy, did you see my Alps?” Maybe it’s from my Austrian mother, but I just love being in the mountains. Somehow my soul feels more at peace in the mountains than anywhere else. I’ll take the mountains over a beach any day of the week, and I love SCUBA Diving. This is a great place for a lot of my favorite sports. For running you can either run in the beautiful mountains, or go down to the Rhine and have a nice long flat course. They have a ski resort, alpine hiking, mountain biking.

One run I did was a 12k loop that left from the village I’m staying in, Triesenberg. I recommend the loop for anyone who visits and is into hiking or running, it was very pretty. You can see the route and details at Wikiloc. I also went to the ski resort of Malbun today, lots of great hiking over there as well.

One interesting observation. I almost never find that the speed limit is higher than I feel comfortable driving. Here, however, they seem lazy when it comes to assigning speed limits. If you’re out in a rural area on a non-major freeway the speed limit is 80 km/hour. Doesn’t matter if it’s a little dinky one lane very curvy road where you’d have to be insane to be driving more than 40 km/hour.

Liechtenstein also has a lot of fascinating history and quirky facts. It’s one of the smallest countries in the world, yet it has the second highest GDP per capita, over $140,000/year of any country in the world. The only country with a higher GDP per capita is another “micro state,” Monaco. The whole country is only 25km, about 15 miles, from one end to the other. Total population of the entire country is 37,000 people.

Some interesting facts about Liechtenstein:

Liechtenstein may be the LARGEST country that does NOT have a Chabad House. The only sign of an organized Jewish community is there is a Friends of Yad Vashem Liechtenstein. I tried contacting the person given as a contact to see if there were any Jews I might get together with for a Shabbat meal, but never got an answer. I did a little more research and found the person apparently is in the business of registering corporations so might not even be part of the community himself. UPDATE: A friend tells me there is a Chabad in Vaduz, Liechtenstein, but they keep a low profile. Contact Chabad Switzerland for info.

Our lives are often so thoroughly planned and mapped out. The pleasure I’ve had in visiting Liechtenstein is a reminder of the need to allow room for randomness and spontaneity in our lives. Being open to new experiences, just because they are new. 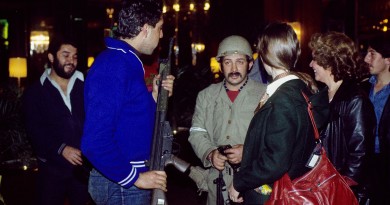 One thought on “A Visit to Liechtenstein”