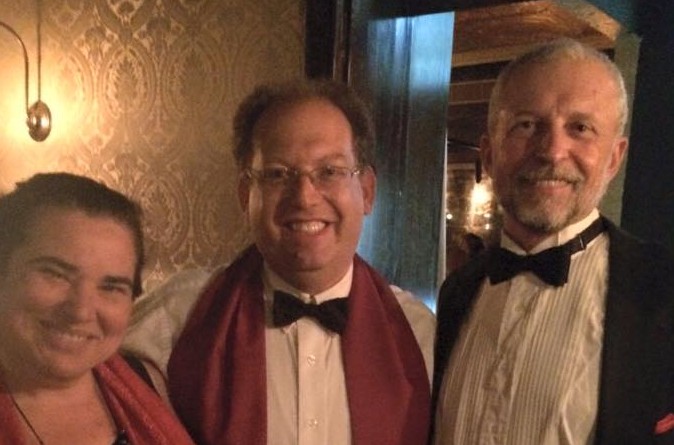 I find myself startled to be 60 years old. How the hell did that happen?

For much of my life I was always the “youngest” to do something. I joined the US Army two months after my 17th birthday – so I was one of the youngest people in the Army. Which was great, when you’re in the Army everyone assumes you’re old enough to drink so I didn’t have to worry about being carded anymore.

I got married for the first time when I was 18. I realize that’s not young by haredi standards, but I’m not and wasn’t haredi.

I was the youngest restaurant manager for Denver area Taco Bells when I was 20.

I was the youngest technical instructor on Project Ibex in Tehran, Iran ’78-’79.

I started a company when I was 27, which was still considered young by Silicon Valley standards in 1983. I had employees who were twice my age.

So how the hell did I get to be the oldest at things? My friends have gone from mostly being older than me to mostly being younger than me. Most people who are 60 don’t want to run marathons, hike the Israel Trail, or go for three hour mountain bike rides.

I think I first became aware of the shift when I was in rabbinical school and discovered with a start that I was the same age as the mother of my youngest classmate.

Pirkei Avot says “ben shishim l’ziknah.” I’ve seen “ziknah” translated as “sagacity,” and I like that translation. Literally it’s being an elder, but the 70 “zekanim,” elders, were the council that Moses consulted with when he needed help. So there is definitely a connotation of wisdom, of being a “sage.” The Talmud, in Kedushin says “ein zaken ela mi shkana chochmah,” “elder is one who as acquired wisdom.”

There are a lot of things not to like about aging. I realize I’ve been very fortunate physically. I’ve survived 60 years on the planet and have not had any major health crisis, ptu ptu ptu. I’m running a marathon on Sunday; in training I ran 295km last month. I’ve never been in better physical condition than I am right now, today. And yet, it’s also clear that the years take a toll. My 10k time is not as fast as it used to be. My shoulders are screwed up. It’s clear that my vision is not quite as sharp as it used to be despite bifocal contact lenses, and it’s getting harder for me to follow conversations at noisy cocktail parties. I don’t sleep as long or as soundly as I used to. By the time it’s 630pm I’m ready for a cocktail and TV, not more work.

The consolation prize for aging though – and a big consolation it is – is attaining the age of “wisdom.” I think many people my age finally start to figure out some things that they wish they had figured out at an earlier age.

Why is it that 60 is the age for acquiring wisdom?

You have to start by defining wisdom. For me, wisdom is a combination of theoretical knowledge, practical experience, and an open heart.

When we’re young we go to school and read a lot and acquire a lot of theoretical knowledge. Through our adult years we acquire experience and adjust our theories of life and the world accordingly. Some people are lucky and have an open heart from early in their lives; for others of us, that’s something that comes with age.

If you’re lucky you also finally get really comfortable with who you are. Like the one about the 60-year-old who goes in for a job interview, and they ask him “What’s your biggest weakness.” “Honesty.” “Oh, I don’t think that’s a weakness.” “I don’t give a shit what you think.” That’s the real reason it’s harder for people over 60 to find a new job. We are who we are. We’re done trying to fit in, or trying to meet other peoples’ expectations.

Sixty is the first birthday that has really kind of freaked me out. Despite growing up in an era when they said “don’t trust anyone over 30,” 30 was fine. As CEO of a company I felt people would take me more seriously. 40 was no problem. I think 40 is easier for guys than for women – men are in “alpha male” territory in their 40s. And like Rabbi Akiva, I started studying Torah when I was about 40. And Lauri organized a day on SF Bay on a fifty-foot ketch (or was it a yawl?). Fifty wasn’t too bad either…it’s 40+10, still just “late alpha male.” And to show I wasn’t an old fuddy duddy, my brother and sister flew into Toledo where I was living and I flew us down to Columbus in a small plane for a Red Hot Chili Peppers concert. But sixty somehow feels like a more clearly demarcated new phase of my life than any of those other earlier decades. I guess I sort of think of my life as four twenty year chapters, and I have now started the last chapter.

Sixty also starts lending an air of urgency to things. The first of the cousins of my generation, Mark, recently died at the age of 64. It becomes obvious that if there are things you want to do, things you want to accomplish, now is the time to get off your ass and do them. Teaching a business ethics seminar in Germany last month reminded me of how much I like to teach, so I’m going to try and do more teaching. I’m not going to put off traveling to places I want to see or running marathons I want to run. Time’s a wasting…

But there’s some important Torah from George Carlin that I find very comforting. He pointed out “60 is 16 in Celsius!”

Just because you grow old doesn’t mean you have to grow up!