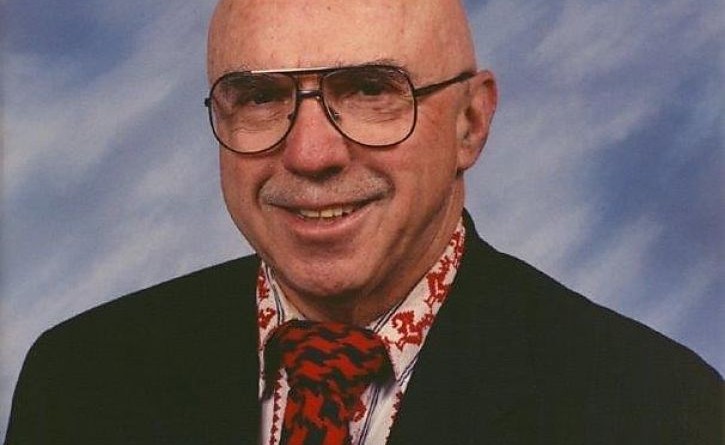 I just got the news that a friend and teacher, Dr. Joel Fort, passed away a few months ago.

Back in the 1980s I took a class from Joel on Conflict Resolution as part of my PhD program at Golden Gate University. It’s interesting that the three classes I enjoyed most during the entire doctoral program were the three classes that had the least to do with business: Joel’s Conflict Resolution class, then President Otto Butz’s seminar on Business and Society, and a “Doctoral Writing Workshop” that forced me to become a better writer, even though I’d worked as a tech writer and thought I was already a pretty good writer.

Joel was one of the most dedicated activists I’ve ever known. He was a tireless defender of the disadvantaged members of our society. He’s one of the few people I know who truly deserve to be called “inspiring.”

Joel was trained as a psychiatrist. In the 1960s, during the heyday of San Francisco’s Haight Ashbury hippy scene, he founded Fort Help, a treatment center for addicts, alcoholics, and others who were struggling. Fort Help is still around, nearly 50 years later, as a methadone treatment clinic.

Joel was an iconoclast who challenged “conventional thinking.” He supported legalization of marijuana (said alcohol was a much worse drug). He supported gay rights and people of all sorts of sexual orientations long before it was fashionable to do so.

He spent his career in “public medicine,” sometimes on the payroll of different government agencies, sometimes at his nonprofit, sometimes working for free. He was very passionate about putting his opinions in the public sphere, which sometimes caused him problems. In 1962 he was fired from his job as head of a state-funded alcohol program because he ran for Congress. He challenged the dismissal in court, and the California State Supreme Court eventually decided in his favor. Public employees are allowed to have, and express, political opinions on their own time. I find the fact that he fought that battle to the Supreme Court to perfectly reflect the kind of guy he was.

Joel and I had some fascinating discussions after I decided go back to school to become a rabbi.

For the class on Business and Society we studied a lot of social commentators that were fashionable back in the ‘80s, Irving Kristol, Daniel Bell, etc. One of those authors posited that America’s problems were because we had lost the “Protestant Work Ethic.” That inspired me to think that what was needed was a “new world religion.” Something that would unite people, not divide people. Something that would be compatible with science, not in a battle with science. So with great hubris, I wrote a paper entitled “Toward a New World Religion in the Next Period of History: An Initial Look at the Essential Elements.” I received an A+ for the paper, and I think the only reason it’s possible is because the professor, despite his PhD in Philosophy from Princeton, was as ignorant about religion as I was! (No disrespect, Otto Butz was also a genius and gifted teacher). Despite having had a bar mitzvah, back then I knew shockingly little about what Judaism was really about.

Anyway, Joel also liked that paper, and encouraged me to do something with it. He himself was a lay Unitarian Minister, and thought in those directions. So when I decided to become a rabbi, we met for lunch, and he told me he was a little disappointed – he thought that being a rabbi was very particularistic, and he thought I was more universalist than that. Which led to some interesting discussions on particularism versus universalism. I’ve come to appreciate that what the world needs is not one universal religion, but for our different religions, cultures, traditions, that have developed over thousands of years, to be not just tolerant, but truly accepting of each other, learning from each other.

Another example of the way Joel thought comes from a discussion we had once over lunch about bottled water. After our tap water arrived, he launched into an impassioned discussion of everything that’s wrong with bottled water – no health benefits whatsoever over tap water, waste of money, bad for the environment, etc. Joel’s passions covered both the “big picture” and the details.

I’m grateful I had the opportunity to learn with Joel and to call him friend. He will be missed. The world needs more people with his talent, vision, passion, and values.

As the biblical prophet Joel said, “Your sons and daughters will prophesy, your old men will dream dreams, your young men will see visions.” Joel prophesied, dreamt dreams, and had a vision of a better world.