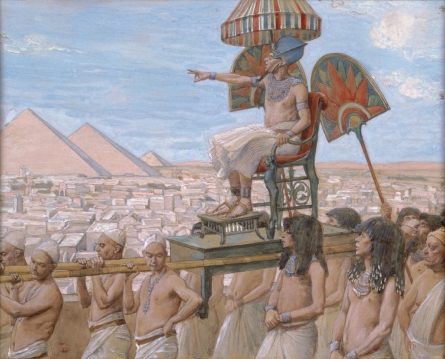 Very early in this week’s Torah reading we have an ominous line:

There arose a new king over Egypt, who knew not Joseph (Exodus 1:8)

It’s one of my screenwriter wife’s favorite lines in the entire Torah. There are few better example of foreshadowing in literature. You read that line and you just know something bad is going to happen.

The new king, who “didn’t know Joseph,” enslaved the Jews and subjected them to harsh conditions. Eventually God and Moses had to come to the rescue.

What happened? How did everything go from Joseph and his family being the pharaoh’s favorites to their descendants becoming slaves?

It starts with that ominous line about the new king.

This is not the last time the Jews have been painted as “other.” Far from it. In fact, for much of history, it has been the Jews’ lot to be the “other.” Hated, blamed for things that could not possibly have been our fault.

In times of war it is very common to demonize the other side. To remove their humanity. And perhaps for soldiers it is at times a necessary evil. How do you kill someone you see as a human being with the same hopes, fears, and dreams that you have? It’s too hard. So instead of people, the “other side” becomes “krauts,” “nips,” or “gooks.” We distance ourselves from their humanity, so that it’s easier for us to kill them.

But things that a soldier in times of war may need to do are not so helpful for civilians to do, and especially not helpful to apply to an entire population. The demonization of “the other” is what led to America’s shameful internment of citizens of Japanese descent during World War II. No doubt we hear about internment of people of Japanese descent and not so much of people of German descent because it was much easier to paint the Japanese as “other.” They look different than the majority population.

Rav and Samuel disagree. One says: He was really new, and the other one says: His decrees were new.

Why would there be an argument? Rashi on Sotah 11a clarifies:

Since the Torah does not say: The king of Egypt died, and a new king arose, it implies that the old king was still alive, only that his policies had changed, and he acted like a new king.

If the king were really new, he simply might not have met Joseph or his descendants. He didn’t know them. If you don’t know them you can make up whatever you want about them. That’s what led to the new king’s paranoia. He said the “children of Israel are more and mightier than we.” Well, that wasn’t literally true. Sure, we bred, but we didn’t outnumber the native Egyptians. And pharaoh still was in charge and ran the army. How could we have been mightier than the Egyptians?

It doesn’t matter. Jews in modern days have suffered the same accusations. We have power beyond our numbers, we “run” Hollywood, the banking system, the media, you name it. Why? We’re the “other,” convenient scapegoats, easy to blame for the world’s problems. I was very disappointed when I was ordained as a rabbi and no one taught me the secret handshake for the cabal that runs the world.

Pharaoh goes on to accuse the Jews of lack of loyalty – he says “let us deal wisely with them, lest they multiply and when there would be a war they would join with our enemies.” Pharaoh is worried about divided loyalty, about the Jews becoming a “fifth column” from within. Jews in many places in the world continue to suffer from such charges. Why was the Jonathan Pollard case such a hot issue in the Jewish community? One problem is that in the eyes of many Americans it raised exactly that issue of “divided loyalties.” There was a recent case in the newspapers about a dentist who was denied a security clearance because he has close family members who are living in Israel. It’s still an issue.

Our experience of being on the receiving end of being the “other,” of facing prejudice because of false stereotypes, is why it so infuriates me that so many of my co-religionists right here in Israel are guilty of the exact same thing.

Arabs and African refugees are both “other” in the eyes of far too many Israelis. Palestinians, especially in the West Bank, are exposed to graffiti that says “Death to Arabs.” During a recent round of tension between Jews and Arabs, one of my daughters saw so much racism on her Facebook feed she had to unfriend some people.

Israel’s Education Ministry recently banned a novel that tells the story of a romance between an Israeli woman and a Palestinian man from use in advanced high school literature classes. The Education Ministry is concerned with the “the identity and the heritage of students in every sector.” So it banned Dorit Rabinyan’s novel “Gader Haya” because “intimate relations between Jews and non-Jews threatens the separate identity,” and impressionable high school students aren’t yet firm enough in maintaining the “national-ethnic identity.”

In our current right-wing environment, seeing Arabs as “other” is official government policy.

African refugees fare no better. I have sat and heard some of the stories directly from refugees. The things they faced in places such as Eritrea or South Sudan are frightening and heartbreaking. But instead of having our compassion as a society aroused, we get afraid, treat them as other, shunt them off to a detention center in Holot where they have no jobs, no hope, and no future.

I’m not naïve. I don’t think we’re going to be able to hold hands with ISIS and sing “Kumbaya, Lord, Kumbaya.” There is real evil in the world. People who would chop off the heads of aid workers are evil, and need to be stopped, by force.

The real war is not one fought with bombs and rockets. The real war is an ideological war. Which version of the world will prevail? A democratic world with peace, light, compassion, opportunity? Or the world of ISIS, a corruption of medieval strict Islamism? To win the ideological war we have to win the populations over to our way of thinking. That won’t happen if we see them all as the “other.”

The truth is, we are not so “other.” If you actually sit and talk to Palestinians, you find for the most part they want the same thing Jews want. A comfortable life. Opportunities for the children. Peace. When there is violence, everyone is scared, Jew and Arab alike.

This is why I think the work of organizations such as Rabbis for Human Rights, Kids for Peace, and the Interfaith Encounter Association is so important (to name just a few groups I’m involved in). We need to sit and listen and see each other as human beings, not as “other.”

The future of the Middle East depends on our success. This isn’t a war that we’ll win with bombs and rockets. If you live in the Middle East, get involved. If you don’t, please consider a contribution to one of the above organizations. 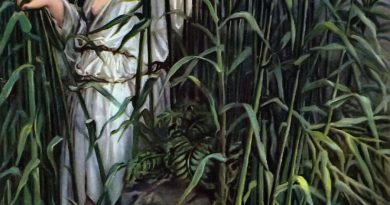 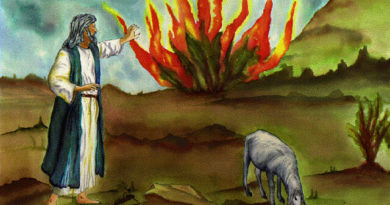