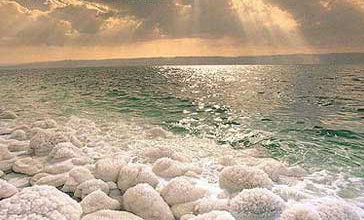 I went to synagogue this morning. Tonight Jews all over the world will be celebrating Passover with a seder. This morning, Jews who are “first born” observe a fast, at least until released by a “seudat mitzvah,” a ritual meal. We fast in commemoration of the death of the first born in the final plague during the story of the Exodus from Egypt. We were spared; but if we had been Egyptian, we too would have perished in the plague. So we fast, both to thank God that we were spared, and to acknowledge that others – including, no doubt, many innocent people – died on our path to freedom.

As I was sitting in shul I was thinking about how freedom always comes with a price.

Not only were the first born Egyptians in the Passover story slain as part of our quest for freedom – the Jews, former slaves, also felt loss on leaving Egypt. They are hardly out of the hands of Pharaoh when they start complaining about the price of freedom. They complain about a lack of water. They complain about the food – they long for the “fleshpots” of Egypt. I love that translation that is always used, “fleshpots.” Sounds so much more interesting than “stew,” or “cholent!”

Fast forward 3000+ years, and freedom still has a price.

I’m sitting in my home in Jerusalem as I write this. A few days ago a bus was blown up by a terrorist, just two minutes from my home. Despite the terrorism that occasionally breaks out, Israel is a relative island of peace and stability in the Middle East. Hundreds of thousands of people have died in Syria and Iraq as part of those nations’ quests for freedom from the tyranny of dictators.

And on a more personal level, we all experience some loss whenever there’s an increase in freedom.

Divorce is a way to achieve freedom from a marriage that may be holding you back, but it also comes with a price, if nothing else the loss of a dream, the dream of “happily ever after” that everyone feels on their wedding day.

As Janis Joplin sang, “Freedom’s just another word for nothin’ left to lose.”

As A. Philip Randolph said, “Freedom is never given; it is won.”

The message of Passover is just as we struggled and attained freedom, we must help others on their struggle to freedom. We know what it’s like to be oppressed. We cannot, we must not, turn a blind eye to the oppression of others.