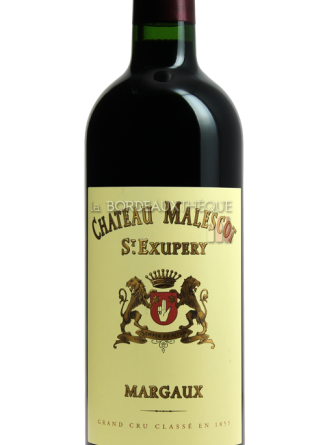 This week’s Torah reading starts with Balak, the king of Moab, (across the Dead Sea from Masada) feeling worried. Very worried.

He was worried about the Israelites, who were a force to be reckoned with. He told his elder council, “These guys are going to clean us out like an ox licking up the grass in the field.”

He decides to call for reinforcements. He sends messengers to Balaam, a known prophet, far away in Babylonia, modern day Iraq.

There are people coming out of Egypt, far more powerful than me. Please come and curse them for me, they’re too strong for me. With your curse, maybe I can defeat them and drive them out. I know that whoever you bless is blessed, and whoever you curse is cursed.

Balaam rebuffs the approach. Balak keeps offering more riches and honor. Balaam is very clear that he can’t curse anything that God doesn’t want cursed, but Balak says come on over and try anyway.

Every time Balaam tries to curse Israel, God turns it into a blessing. Here’s what comes out of Balaam’s mouth the first time they stop to curse Israel:

How can I damn whom God has not damned, How doom when the LORD has not doomed?

As I see them from the mountain tops, Gaze on them from the heights, There is a people that dwells apart, Not reckoned among the nations,

Who can count the dust of Jacob, Number the dust-cloud of Israel? May I die the death of the upright, May my fate be like theirs!

Balak, of course, is not amused: “What have you done to me? Here I brought you to damn my enemies, and instead you have blessed them!”

This keeps happening. Balak says “let’s try a different location.” Nothing works. One of the blessings to come from Balaam is a beautiful blessing at the start of the traditional prayer service, “Mah Tovu,” “How goodly are your tents, Jacob!”

Balak just keeps getting more and more infuriated by the inability of Balaam to curse the people of Israel.

He’s so bent on trying to destroy the Jews, that he loses sight of an obvious alternative.

Balaam had a whole negative emotional spiral going on. He started out scared. Fear turned to anger. And when you’re angry, you don’t think straight. You get so focused on the object of your anger, you can’t much think of anything else. Balak wanted to see Israel destroyed, and that was all he could see.

One of the things I love about studying Torah and Talmud is seeing how while many things change, people are still people, 3,000 years later.

Hamas is exactly like Balak. They are so focused on destroying Israel, that they’ve lost sight of the alternative approach, to seek blessings for their own people.

I visited some of the Jewish settlements in Gaza in 2005. You can read about the visit on my blog.

The settlers I met with were very upset about having to leave their homes. Understandably so, but it was a necessary move. It simply made no sense to have 20,000 soldiers risking their lives to defend 8,000 settlers. There were 8,000 Jews living on 40% of the land of Gaza, which made life difficult for the million and a half Palestinians living there.

When Israel left Gaza, it created a great opportunity for Hamas. They were in power. They could have put down their arms and began a process of nation building. If they had chosen to seek blessings instead of curses, the people of Gaza would be living much better lives. There would be a few thousands more Gazans alive today, who are dead because Israel was forced to respond to rocket attacks coming from Gaza.

Hamas was like Balak. So focused on curses for the enemy, they lost sight of the possibility of blessings for themselves.

But we are also wired to respond to love with love.

I heard a remarkable story earlier this week on NPR as I was driving around town.

A dinner party on the patio of a home in Washington DC was interrupted by a guy with a gun who barged in and said “Give me your money, or I’ll start shooting.”

There was only one problem.

No one had any money.

One of the guests was panicking…sure some people were going to end up dead because they didn’t have any money to give the robber.

But then one of the other guests spoke up. Cristina “Cha Cha” Rowan said, “We were just finishing dinner. Why don’t you have a glass of wine with us?”

The intruder had a sip of their Chateau Malescot St-Exupery and said, “Damn, that’s good wine.”

One of the guests told him to take the whole glass. Another offered him the bottle.

The robber, with his hood down, took another sip and a bite of Camembert cheese. He put the gun in his sweatpants.

Then the story took an even more bizarre twist.

“I think I may have come to the wrong house,” the intruder said before apologizing. “Can I get a hug?”

Rowan stood up and gave him a hug.

“Can we have a group hug?” the man asked. The five adults complied.

The man walked away a few moments later with a filled crystal wine glass, but nothing was stolen, and no one was hurt. Police were called to the scene and found the empty wine glass unbroken on the ground in an alley behind the house.

Christina Rowan did something very few of us would ever think of doing. She responded in what psychologists call a “non-complementary” fashion. She reacted “out of the box.”

The burglar expected a response of fear and compliance. He was prepared for that. He was also prepared for someone to try and stop him by force, and he would have responded by killing someone.

Instead Rowan responded in what seems like a completely off the wall fashion – by being friendly. Being welcoming.

It turns out, a non-complementary response is a very effective way to go from cursing to blessing. It completely changes the dynamic of the situation.

Believe it or not, such as approach has been found to be effective in countering ISIS. A town in Sweden was having a problem with local Muslims becoming radicalized, leaving for Syrian and joining ISIS.

The normal reaction to young, radicalized Muslims is to come down hard on them with every stricter policing. Cops in Sweden found this was only making them angrier, more radical, and more of a danger to society.

Instead they offered assistance to these young men when they came back from Syria – which both allowed them to keep an eye on them, and to keep them peaceful.

It’s working. The town of Aarhus where they implemented this approach now has fewer young men leaving for jihad.

A non-complementary approach can also be used at home. Anyone who has had a defiant teenager knows that confronting anger with anger is a non-starter. It simply doesn’t work – and there’s a danger that anger spiraling out of control can lead to the kid making some seriously bad decisions. Confronting that anger with love is much likelier to lead a ratcheting down of the tension. But it’s hard to do.

The approach works, on both a personal level and a national level.

It takes great courage, however, to confront curses with blessings.

Balak 5769 — Free Will and Talking Donkeys