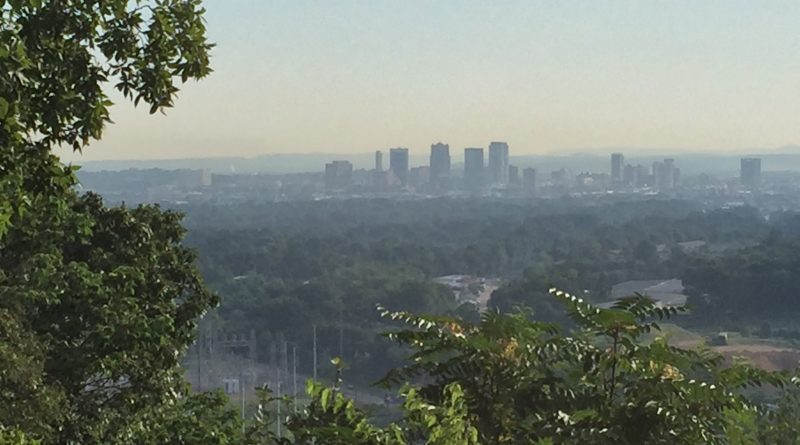 For those of you who don’t know me personally, or follow me on Facebook, I’ve temporarily left my home in Jerusalem to spend a year serving as the interim rabbi for Temple Beth-El in Birmingham, Alabama. While I love living in Israel, I also love serving as a congregational rabbi, so an interim assignment was a good choice for me – I get to do congregational work without moving my permanent home from Israel back to the US.

For people who know me, going to Alabama may seem a somewhat “random” choice – and it’s certainly not somewhere I would have expected to be spending significant time. But there were several attractions to Birmingham, besides the Temple Beth-El community, which so far has been great. I’ve never spent much time in the Deep South before, so I figured it would be an adventure; as a bonus they don’t have “winter” down here. My attitude toward winter is that I like to visit it to go skiing, but I don’t want to live somewhere that I have to shovel my driveway in the winter.

Being an Israeli posting from Jerusalem, for some friends that’s getting commentary from an “exotic foreign location.” When hearing I was going to be spending a year in Alabama one friend quipped, “I look forward to your reports from a different, exotic, foreign location.”

So my first “report from the South” follows.

There have been ways that being here has been consistent with my expectations, and some things that have been surprising.

Things that have surprised me about Birmingham:

Things that have not surprised me:

Overall, I’m enjoying myself so far. Birmingham is a good location for exploring the South. It’s reasonable driving distance (even more reasonable flying in a small plane distance) from the beach, Atlanta, Nashville, New Orleans, and everything in between. Devorah and I enjoyed an outing to the US Space and Rocket Center in Huntsville. Obviously I knew there was a lot of space stuff in Huntsville, but I don’t think I really understood how large a role the area plays in America’s space programs.

I think it’s going to be a good year!