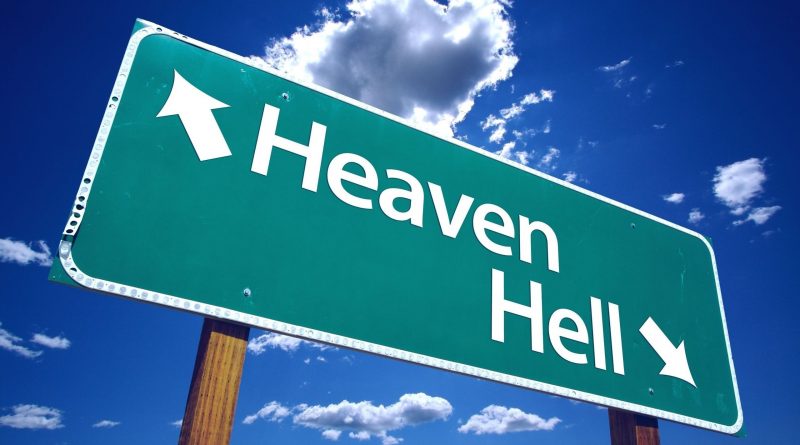 If you will obey these commandments, and keep them and do them, it will follow that God will honor the covenant and the kindness that He swore to your ancestors.

Obey the commandments, the mitzvot, and you will surely be rewarded.  Disobey the commandments and you will be punished. The same idea appears several times in this week’s parsha. After that opening verse, there’s a description of the blessings that will follow from obedience. We’ll be blessed with children, good crops, wine, oil, our animals will have lots of babies, everything will be wonderful.

A little further on in the parsha we’re told:

You shall faithfully observe all the commandments that I command you today that you may thrive and increase and possess the land that the Lord promised your ancestors.

Our presence in the land of Israel is dependent on following the commandments. We have the same concept in the second paragraph of the Shema, which is also in this week’s parsha: if you follow the rules, you’ll have rain on your fields.

Taking this week’s Torah portion literally is probably the fastest way to lose your faith in God, and become if not an atheist, at least a totally non-observant person.

All you have to do is take a quick glance at the world around you and you will see there is seemingly very little correlation between how many mitzvot a person does and his financial and physical well being.  The most pious person in the community is not usually the richest person in the community.  The least observant among us don’t always have more tzuras, more grief, than any of the rest of us.

In fact, taking this concept of reward and punishment too literally led to the only case of a rabbi of the Sanhedrin, the Jewish Supreme Court of 2000 years ago, to become an apostate, to give up Judaism.

In the Torah it is written that the reward for obeying your parents is that your days will be lengthened.  It also says that the reward for chasing the mother bird out of the nest before taking the eggs is that your days will be lengthened.  One day Elisha b. Abuyya, a great scholar and rabbi, saw a father tell his son to climb a tree and fetch some eggs.  The boy did exactly that, and chased the mother bird away first—obeying two commandments at the same time, both of which promise long life.  While he was in the midst of obeying these two seemingly life-extending commandments, he fell to his death.  Elisha b. Abuyya declared “layt din v’layt dayan–There is no justice and there is no judge.”  He didn’t say there was no God: he just said God doesn’t judge people.  There is no reward for keeping mitzvot—so he resigned from the court and went to visit a harlot! (See Milton Steinberg’s awesome book “As A Driven Leaf” for a fictionalized treatment of the full story).

If didn’t get the message not to take the admonishments in this week’s parsha literally from our experience, we get a similar message from scripture.  The enigmatic Book of Job, the story of a good man who gets seriously punished and tested despite not having done anything wrong, is a serious challenge to anyone who would take a simple approach to the teachings in this week’s Torah portion that reward and punishment is directly tied to observance of the commandments. Job is a righteous man who suffers horribly – from his perspective, randomly. He seeks answers, and ultimately God basically tells him “shut up, I’m God, you’re not.” A very unsatisfactory answer to a difficult question.

Even though God may not answer us directly and personally, we do have help. The Coen Bros. made a movie called “A Serious Man,” which is their midrash on the Book of Job. When Larry Gopnik, the Job character is struggling to figure out why all this bad stuff is happening to him someone tells him:

But it’s not something you have to figure out all by yourself. We’re Jews, we have that well of tradition to draw on, to help us understand. When we’re puzzled we have all the stories that have been handed down from people who had the same problems.

The rabbis have tried various approaches to understand the seeming incongruity between behavior and Divine reward and punishment.

One approach the Talmud uses is to say that we just don’t see the whole picture – and this is where the concept of Heaven and Hell came from. Gan Eden, heaven, is where we get our rewards, and Gehinnom, or hell, is where the wicked get punished. This explains why righteous people sometimes suffer and wicked people sometimes prosper in this world: the righteous get whatever punishment they deserve for minor transgressions in this world, so they will have nothing but reward in the next world.  The wicked get whatever reward they might have coming for those good things they did do in this world, so they get nothing but punishment in the next world.  According to this world view, there is reward and punishment for doing the mitzvot, it’s just that the books aren’t balanced until after death.

Other rabbis tie the reward to the days of the Messiah: live a clean life, and you will merit to be resurrected when the Messiah comes, fail to live a proper life and you’ll be in the dust for eternity.  Others say that the point of living a good life is so that in the future you’ll be resurrected and restored to your family.  Rambam (Maimonides) says there are others who deny what the rest of us see, and they take the promise of reward and punishment as literal, in this world, that if you keep the mitzvot you’ll be rewarded in this world.  And another group, seemingly confused, mixes all of the above reasons together in one big stew.

Ultimately, Rambam concludes that the whole notion of reward and punishment for doing the mitzvot is really for people who are at a simple level of development, like children who will only learn their lessons because the teacher or their parents promise them treats.  They don’t appreciate the intrinsic value of their studies.  Rambam says the same thing applies to mitzvot.  This week’s Torah portion talks about reward and punishment for those who need an external motivating force to do the right thing, who are not yet on a sufficiently high spiritual level to appreciate that we don’t do the mitzvot for promise of reward, rather we do them out of love of God and a desire to know God.

Many of the mitzvot have some kind of intrinsic reward or at least a purpose, if we but examine them closely.  Shabbat is perhaps the finest example of this.  Many people think of all of the rules and restrictions surrounding Shabbat as a great burden, something very difficult to do, something that interferes with our enjoyment of life.  A friend of mine who was raised Orthodox hated Shabbat. For him it was all “no, no, no,” and his father sat with his nose in a newspaper all day long. As soon as he went off to college he felt liberated because he no longer was restricted in what he could do on Shabbat.

My experience is very different. Last week at Tot Shabbat when I told “Mitzvah” that my favorite commandment was Shabbat, I was telling the truth. I love Shabbat. Shabbat is the greatest gift that God gave the Jewish people.  Observing Shabbat can transform your life.  It will deepen your connection with God, your family, and the Jewish people.  It will add meaning to your life, and recharge you spiritually and physically in a way no vacation could hope to compete with.  A friend described Shabbat as a 25-hour spa for the soul. We’re all so busy nowadays, having 25 unplugged hours, 25 hours with family, friends, and community, eating, drinking and maybe taking a nap – we need those things now more than ever. Shabbat is definitely a commandment that is its own reward.

When this week’s Torah portion cautions us that failure to observe the mitzvot will result in our destruction, it is also making a simple statement of fact.  Observing the mitzvot is, over the long run, what makes us Jews.  What makes us a unique people.  Where are the seven Canaanite nations described in the Torah?  Gone, every one of them.  Where are the Babylonians, the Assyrians, the Parthians?  Where are the Romans?  Even though there are still people called Greeks and Egyptians, classical Greece and Egypt are long gone.  Greeks and Egyptians are now simply people who live in those places, not followers of ancient religions, living their lives in accord with ancient traditions.  If we abandon the mitzvot, within a generation or two we have abandoned Judaism.  If we give up our mitzvot, give up our customs, give up our Jewish way of life, the prophecies in this week’s portion would surely become true: we would perish, at least as a distinct people if not individually.

Rambam said “anyone who takes the Torah literally distorts the Torah.” Nowhere is that more true than in the case of the rewards and punishments promised in the second commandment in the Shema – when the Torah promises rewards for obedience and destruction for disobedience it’s speaking metaphorically. The mitzvot are not only a path to living a better life, they are the Jewish path for connecting with God. Buddhists sit and meditate to connect with the transcendent; Jews do mitzvot.

And doing mitzvot also builds Jewish community and ensures Jewish continuity. When it comes to mitzvot the rewards may be metaphor, but the importance is literal. 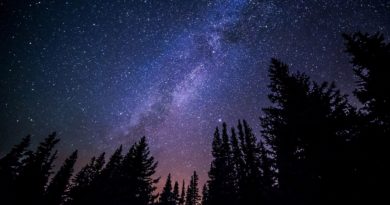