This second part of this week’s Torah reading, Masei, begins with a bit of a travelogue.  Eleh masei v’nai Yisrael, “These are the journeys of the people of Israel.”  And the Torah goes on to record the 42 stages the Hebrew nation went through on their journey from Egypt to the Promised Land.

Why should we care about having a copy of the itinerary?  As the Slonimer Rebbe points out, the Torah is a document for the eternities—the teachings of the Torah are supposed to be for all generations.  The travelogue seems to be really only of interest to those who went on the trip.  Why should the rest of us care?

The midrash says that God was nostalgic. It was a trip down memory lane. But I don’t find that answer so satisfying – we don’t share God’s nostalgia for those forty years of wandering in the desert.

The Chasidic commentary Degel Machaneh Ephraim offers a different explanation: that the 42 journeys of the people of Israel correspond to the journeys that we each take as we go through life.

Where does the journey of the Jewish people start?  It starts in Mitzrayim, in Egypt.  Mitzrayim literally means a strait, or a narrow place…similarly our lives start when we come out from the womb, through the Mitzrayim, the narrow place of the birth canal.

It’s not just the beginning and the end that are significant.  When someone passes away, if I gave a eulogy which said nothing more than “he was born August 6, 1896 and he died August 6, 2016,” no one would be very happy with it.  Well, other than the fact that people might be blown away by the fact that he lived 120 years, we want to know what he did with those 120 years.

The destination is NOT the only thing that’s important.  The journey itself is of deep spiritual significance.

According to the Kabbalists, when Adam and Eve sinned from eating of the tree of knowledge of good and evil, good and evil got all mixed up in the world.  Good got mixed in with bad.  The nitzutzot hakedusha, the “sparks of holiness” got all mixed up with the kelipot, the husks or shells, the refuse.  Each of those 42 stops the people made was at a place where there was an opportunity to separate the good from the bad, to restore the holy sparks to God.  That the people only stayed a few days in some places and a few years in others corresponds to the amount of holiness that needed to be raised back to God, perhaps also to the difficulty of the task in different places.

The Torah does NOT just say, for example, “the people went from Elim to the Red Sea to Sin to Dophkah.  Instead it says “And they moved from Elim, and camped by the Red Sea.  And they moved from the Red Sea, and camped in the wilderness of Sin.  And they took their journey out of the wilderness of Sin, and camped in Dophkah.”  Why the repetition?  Because it emphasizes the movement, when it repeats “they moved from,” meaning they progressed.  Our lives also move in stages, we may be sitting at one stage and be there complacent for a long time, before something comes along and gets us to move, to progress.

I spent most of this week at an interfaith retreat for clergy, sponsored by the Greater Carolinas Association of Rabbis, at a retreat center in the Blue Ridge Mountains. One of the things I most enjoyed was hearing at least parts of other people’s spiritual journeys, the paths they’ve been on, and I was thinking about this idea of “stages.”

One big “stage,” or marker for Jews of course is the bar or bat mitzvah. For those of us who did not grow up in religiously observant homes, taking on some of the commandments also often progresses in stages.

Which raises a couple of interesting questions. In the Jewish world, there are two questions that are often used to define if someone is religious: do you keep kosher, and are you “Shomer Shabbat,” observe the laws of Shabbat.

When do we reach those “stages?” There’s no ceremony like for a bar mitzvah. Many people would say “keeping kosher” means having a kosher home. But what if you have a kosher home but eat “Chinese” out?

A few weeks ago, I was talking with a congregant who said “oh, so and so’s not shomer Shabbat, she drives on Shabbat.” Turns out she only drives to shul on Shabbat – which means the person is certainly shomer Shabbat, especially considering the Conservative Movement has a teshuvah, a Jewish legal opinion, that explicitly says we are allowed to drive to shul on Shabbat without it being considered a violation of Jewish law.

Dennis Prager had an article in this week’s Jewish Journal titled “If you don’t eat bacon, you keep kosher.” He points out that many people seem to think that keeping kosher and observing Shabbat are “all or nothing” propositions – that if you don’t observe all the rules of keeping kosher, you can’t say you keep kosher. Whereas no one says the same thing regarding ethical commandments. If you give 5% of your income to charity people would say you are a “baal tzedaka,” someone who gives charity, even though theoretically we’re supposed to give 10%. Heck, someone who gives 5% is definitely considered generous!

Prager says the same logic should apply to ritual commandments:

The bottom line is that a Jew who doesn’t eat any non-kosher foods for Jewish reasons keeps kosher. He simply doesn’t keep kosher to the same extent as more observant Jews do.

So, if you don’t eat bacon or shellfish because you are a Jew, you can, and should, proudly say that you keep kosher.

I agree completely. I would also point that our spiritual journeys sometimes lead us in a direction where being more spiritual can mean being less stringent on following some of the rules.

For many years I never ever drove on Shabbat, except in the case of a medical emergency. This meant that there were occasions when instead of going to shul, I prayed on my own at home. Over the past few years my theology has evolved – my understanding of my relationship with God and community has evolved and grown. If I’m visiting family in Colorado, and they live 5 miles from the nearest synagogue, and it’s snowing, I’ll drive to shul – for me the value of being with community on Shabbat now takes precedence over the value of not driving on Shabbat. Similarly, my home here would be a rather long walk from shul. I prefer to ride my bicycle (which even some Orthodox rabbis permit), but if it’s night, or the weather’s bad, I’ll drive. This does not mean I’m no longer “shomer Shabbat.”

Eleh mas’ei b’nai Yisrael, these are the journeys of the people of Israel.  Forty-two holiness-raising journeys from a narrow place to the Holy Land.  Where are you on your journey of forty-two stages?    How many nitzutzot hakedusha, holy sparks, have you raised lately? 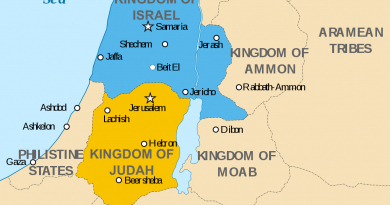