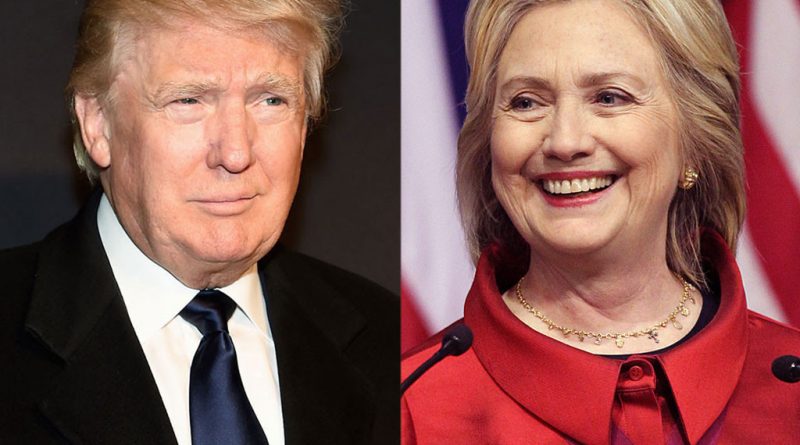 I have not written anything with my views on Trump. Not a blog, not an op-ed piece, not a Facebook post. I’ve given one sermon that barely touched on politics – a somewhat tepid talk about what Jewish values have to say on some election issues – and got flak (mostly indirectly) from congregants who were offended because they could “read between the lines” and see which candidate I supported. I gave another talk that used the Trump/Billy Bush tape as a launching point for a discussion on sexual harassment. But I have not clearly said anything publicly about Trump and the threat I believe he poses to America.

It’s now election day. I feel a need to speak out, even though I know it’s probably pointless. I’ll receive kudos from those who agree with me, and condemnation from those who support Trump. I hope to reach one or two people thinking about voting for a third party candidate, or thinking about staying home.

I wrote a long draft of this post yesterday, but this isn’t that post. I read something by Alan Dershowitz that to me really shows what’s at stake in this election.

In a JPost op-ed on how America will look the day after the elections, Dershowitz points out that the extremes, right and left, are growing worldwide. In Europe both neo-fascist parties and the radical left are growing in power. Same thing is happening in America: the Trump candidacy has strengthened the “alt-right,” and the surprising strength of Bernie Sanders in the primaries shows the strength of the “hard left” in America.

The hard Right and the hard Left have more in common than either has to centrist liberals and conservatives. They both hate America, distrust government, demonize Israel and promote antisemitic tropes. The election of Clinton might ameliorate this problem, but it will not eliminate it. The election of Trump would exacerbate it.

This would be a very different election if the Republicans had nominated John Kasich and the Democrats Bernie Sanders.

Trump has lost the support of so many major players in the Republican party not because he’s not qualified for the office – I suspect they could live with that – but because he has crossed every boundary of common human decency. As a recent article in Slate tells it:

It has been 13 months since Donald Trump announced his presidential bid and, in the same speech, called Mexican immigrants rapists. The ensuing drip feed of Trumpian absurdities and offenses has had a desensitizing effect. We know that Trump is a racist, a misogynist, an authoritarian, and a narcissist, but we’ve lost track of the many, many specific things he has said and done that disqualify him from the office he seeks.

So we have compiled a list of specific things that make Trump an unacceptable candidate for the presidency.

Go check out the list. You can read it here.

One of my favorites lines about Trump’s qualifications for president come from the blind singer Stevie Wonder: “If you were having a medical emergency, would you want me to be the one driving you to the hospital?”

Jewish values are all completely at odds with virtually everything Trump says and does. The Torah tells us leaders should be wise, hating unjust gain, yet so much of Trump’s business “successes” have resulted in clearly unjust gain, sticking taxpayers and vendors with the bill through declaring bankruptcy. Being wise means being knowledgeable and being acquainted with the facts. We are told to stay far from a false matter, yet Trump goes spreading falsehoods practically every time he speaks. We are told to be kind to the stranger, for we were strangers in the land of Egypt, and Trump does NOT like strangers, especially Mexicans and Muslims.

But what really frightens me is that despite his all too obvious flaws, despite the fact that so many Republican leaders have said the man is not qualified to be president, despite the fact that newspapers that have endorsed Republicans for the last 100 years endorse Clinton, he still does well in the polls. This should be a landslide to end all landslides. The leadership of his own party doesn’t support him, none of the past presidents of this country who come from his own party think he should be anywhere near the nuclear codes, the mainstream media is all against him, and still he polls well. What does this say about America?

It’s as if Trump has turned over a rock, and exposed all of the creepy slimy things that we’ve pushed out of sight. Trump’s anti-Semitism is the “respectful” kind – he wants us Jews handling his money, he thinks we’re good negotiators, but don’t kid yourself he also thinks we have too much power, and that’s both dangerous and anti-Semitic, and having a Jewish daughter, son-in-law, and grandchildren who are Jewish doesn’t mean you’re automatically not anti-Semitic. And he has certainly attracted the anti-Semitic crowd in droves. All of the “alt-right” garbage supporting Trump and casting horribly anti-Semitic slurs at Jewish journalists. And Trump fails to condemn such speech from his “supporters,” who include an official endorsement from the Ku Klux Klan.

There are those who support Trump because they hate Hillary so much they would do anything to see her stopped. Which also mystifies me, because the Hillary hatred seems to be as impervious to facts as Trump’s popularity.

The emails? If that’s the best that Trump could come up with, it shows that Hillary really doesn’t have much in the way of skeletons in her closet. She’s not the first Secretary of State to have had government emails on a private server – Colin Powell was another one. Yet no scandal. They kept trying to make a scandal of Benghazi, but there’s no scandal there either – American diplomats have been killed in terrorist attacks on the watch of every Secretary of State. Clinton bears no more (or less) responsibility for those deaths than any other Secretary of State.

Trump is the first time I have ever felt frightened by the prospect of someone getting elected. There have been other candidates I didn’t like – and some of them were Democrats – but none that I have felt a sense of dread about, none that I felt were a clear and imminent danger to the country. Trump is so ignorant, so hateful, so divisive, I do fear he could get us into some kind of conflict that’s way over his head to handle, or he could try to “negotiate” better trade deals that would leave us completely impoverished, because America can’t use Trump’s favorite business tactic: filing for bankruptcy and sticking others with the bill.

And the worst thing about a Trump presidency is that it would strengthen the fault lines in our society. This campaign season has shown how divided we are on racial and gender lines. That’s bad. Let’s keep our divisions to matters of policy, not matters of who you are.

I suppose this is the sermon I wanted to give on Yom Kippur but didn’t. I didn’t have the courage. Even though I’m in an interim job and in theory not worried about renewing my contract, I didn’t want to bring the divisiveness of politics so strongly into a congregation that was in need of healing. I suppose it was the right call. There isn’t anything I could possibly have said that would have swayed any Trump supporters, and it would have gotten a lot of people upset. And even if I had swayed a few people, Alabama is such a deeply red state, there’s no chance it would have made the least little difference in the election.

Unlike a sermon which reaches the people in shul, my blog reaches people all over the world, so I will make an appeal to those of you who live in swing states who may be thinking about voting for a third party candidate, or considering staying home (again, I’m quite certain nothing I’ve said could possibly influence someone who’s a Trump supporter at this point). Don’t vote for Johnson or Stein, and don’t sit this one out. You may not like Hillary, but if we elect Hillary, the chances are pretty good the next four years will look much like the last eight years. Slow but steady progress on a number of important issues. The economy is growing, unemployment is low, more people have health insurance, income inequality interestingly recently has started going down, we don’t have any major deployments of American troops in war zones.

If Trump is elected, literally anything could happen. Trump may seem to be buddies with Putin now, but what if Putin does something to piss him off? The economy is doing pretty well – there’s not much of anything he could do to make it run better, but there’s plenty he could do to destroy it. Those manufacturing jobs that have gone to China and Mexico? They’re not coming back. To the extent manufacturing comes back to America it will be so highly automated the factories will have all robots and a handful of college educated engineers keeping them running. Trump’s populist pitch to blue collar workers longing for a return to the “good ol’ days” is a fantasy. Tearing up trade deals could result in record unemployment. Getting China mad at us could result in the dollar plummeting.

Continuing to attack immigrants and Muslims, disrespecting women, will make America more divided, more filled with hate, more filled with suspicion. That’s not who we are. And that’s a frighteningly dangerous path, especially at a time when America is becoming ever more diverse.

I pray that BOTH parties will find a way to move toward the center. That moderates will find common ground. That the extremes at both ends of the spectrum will be drowned out by the voices of reason. That presidential debates will be about issues of substance. But for today —

Vote. Don’t make it a protest vote, be a part of history, and help elect America’s first female president, a person who is smart, compassionate, experienced, and completely qualified for the most important job in the world. 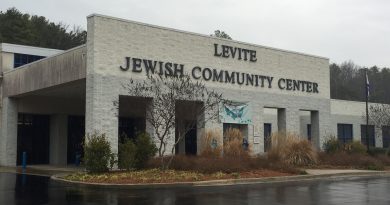