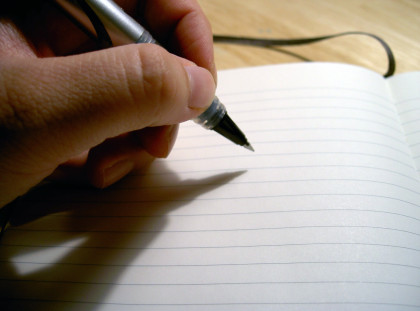 A lot of people have told me “You should write a book.”

And they don’t mean just any book. They mean a memoir.

Most recently was last week. At a Shabbat program on keruv (outreach) I shared my experiences with intermarriage. I’ve got what I suppose should be an embarrassingly large amount of personal experience with intermarriage for a rabbi, especially a Conservative rabbi, a rabbi whose denomination officially bans intermarriage and whose clergy are not allowed to officiate at – or even attend – an intermarriage. And part of that story includes how I had grandparents fighting on opposite sides in WWII, my Jewish American grandfather serving on a US Navy ship in the Pacific, and my German Catholic grandfather, a cook in the German army, killed during the war. And then there’s my own intermarriage (more than once).

After services a congregant told me “You really should write a memoir, every time I hear more of your story I’m fascinated. I want a signed hardcover copy when it comes out. If you shared a chapter every week, I’d come to shul more often!”

Most of the time I tend to shrug off such compliments. Sure, I’ve had an interesting life. But when a friend who’s a respected and senior journalist at a major newspaper told me the same thing, I took it as more than idle flattery.

I’ve started working on the project. I think maybe by telling you, the readers of my blog, about this decision it’ll give me a little extra impetus to keep pushing when the writing gets tough. When I get bogged down. When I run into writer’s block. When I come up with excuses like “I don’t have time,” “I don’t have energy,” “the writing is lame.”

I started a writing project years ago, on a book about finding faith. It was sort of a how-to guide on finding faith. And there are things one can do to find faith. Part of my path was through doing mitzvot (commandments), the Jewish path to God. And that’s what the book was about, but I realize in retrospect that was only a part of the path. I got about 2/3 of the way through the book and ran out of steam. I had a proposal but couldn’t find a publisher to pick it up. I think one reason the project ran out of steam is in the years it took me to work on it, I had changed. My interests had changed. My perspective had changed. And I didn’t really have the oomph to completely start over. Maybe someday.

And in retrospect I realize what may have been the biggest problem: I wasn’t writing for myself: I was writing it for other people. That wasn’t sufficient motivation to keep me going.

I’ve been reading “Writing the Sacred Journey: The Art and Practice of Spiritual Journey,” by Elizabeth Jarrett Andrew. It’s helped me realize an important truth. Memoir writing is a spiritual path. A memoir is not an autobiography. An autobiography is about sharing someone’s story. Memoir is reflection on that story. Memoir is the meaning in the story. Memoir is putting enough of yourself down on paper that the reader can get into your head and have some understanding of what it’s like to be you.

Memoir done well is also scary. The memoirs I love – especially Oliver Sacks and Anne Lamott – share their real selves, their authentic selves, they invite the reader to share their journeys.

Writing a memoir forces the author to confront him or herself. Have a subject you don’t want to write about? Why not? It’s probably the juicy, meaty, interesting, messy stuff that makes your story really worth telling. It’s kind of ironic in a way: most people who’ve told me I should write a memoir base that statement on the fact that I have a lot of cool stories. But the messiest most important stories are ones that very few people know about, that are often more mundane than my more esoteric stories, such as being evacuated from Iran or crashing small planes. But more mundane doesn’t necessarily mean less interesting. Interesting is all in the writing, and that’s where I feel challenged and inadequate. I’m not sure my writing is up to that task. It’s not that hard to make writing about being in a small plane crash interesting. The subject itself can get people on the edge of their seats. But a broken heart? Everyone has had one. Much harder to write about. Hopefully my writing will improve as I work on it.

By looking at those kinds of questions I expect to acquire some knowledge about myself. Acquire a little more wisdom. And in the end, maybe it will be something worth sharing with the public. But I’m not writing it for you. I’m mostly writing it for me, and secondarily writing it for my kids and grandkids. I’d love to have a book like this written by one of my ancestors. I believe the legacy we receive from our ancestors is more than genetic. I know for sure my kids – and my grandkids – are impacted by the people who impacted me, my parents, my grandmother. 23andMe can tell you about your genetics, but it can’t tell you about the personalities that went into shaping you.

I’m NOT going to parcel the memoir out a chapter at a time on my blog. But I’ll probably give periodic progress reports.

And if you haven’t heard me say anything in a while, feel free to drop me a note and say “hey, how’s that memoir coming?” It could be I got stuck and need a nudge!