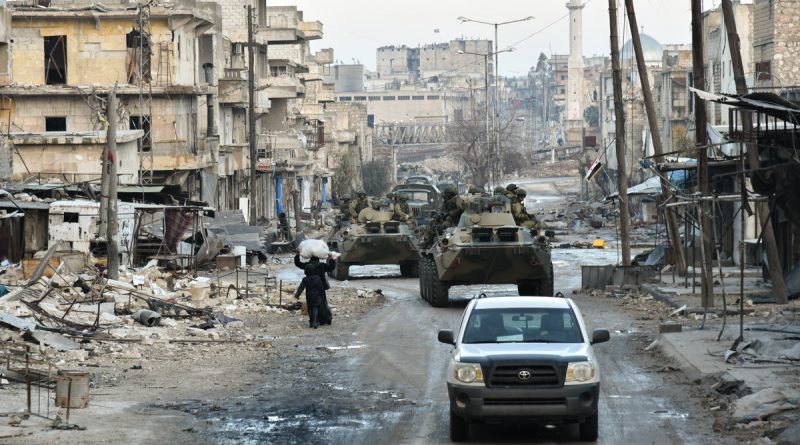 Earlier this week I heard our own Riva Hirsch share her moving story in a Holocaust Remembrance Day commemoration at the offices of the Social Security Administration here in Birmingham. A large auditorium was filled with over 300 people, including a lot of schoolchildren: Thursday was a good day for this event, as it was also “Take Your Kid to Work Day” so lots of kids were there to hear Riva’s message.

I heard Riva say “Never again! There should never be another Hitler!”

“Never again!” is a modern covenant. A promise we made, at least to ourselves, that we should never again allow another genocide. That our response to the horrors of the Shoah must be to not allow such a thing to happen to others.

We Jews are covenantal people. The original covenant between God and the Jewish people is mentioned in this week’s Torah portion, Tazria, where we read, “And in the eighth day the flesh of his foreskin shall be circumcised.” Elsewhere in the Torah we’re told that circumcision is a “sign of the covenant between Me (God) and you.”

In one of the concentration camps during the Shoah the Jews decided to convene a beit din, a rabbinic court, and put God on trial – to judge whether he had violated the terms of the covenant he made with the Jewish people.  After hearing testimony and arguments on both sides, the court found God guilty of violating the covenant.

And what did they do with that judgment?  Right after they concluded their judgment, right after finding God guilty of violating the covenant, one of the judges called out “Mincha!!” and they said the afternoon prayers.

Even in the face of overwhelming evidence that God had violated the terms of the covenant, those righteous Jews upheld the covenant.  Almost as if they were telling God, “You don’t get rid of us that easily, Lord!!”  They reaffirmed the covenant.  They said even if God has not fully lived up to his part of the deal, and we don’t understand why, the deal is still in place.

I see two purposes to Yom HaShoah: honoring the memory of the 6 million, keeping that memory alive, and reaffirming that new covenant that we made, that covenant with future generations: “Never again!”

For Jews, “Never Again!” is one reason we all support a strong Israel. We need a place we can go, where we’ll be accepted, if things ever again get really bad anywhere in the world.

But “never again” needs to be about more than just the Jewish people.

Never again needs to mean NEVER AGAIN to genocide – regardless of the ethnicity or religious background of the victims.  It means we must be diligent in preventing other people from experiencing what we experienced.

So how have we been doing on that “never again” thing?

It wasn’t just the Jews who said “Never Again!” after the Holocaust.  In 1948 the United Nations passed the “Convention on the Prevention and Punishment of the Crime of Genocide.”  There are 138 signatories to the convention, nations that agree to be bound by its terms.  The Convention confirms that “genocide, whether committed in time of peace or in time of war, is a crime under international law,” and the Convention bounds signatories to prevent and punish transgressors.

The Convention defines genocide as murder and a variety of other acts of violence intended to destroy in whole or in part a national, ethnic, racial, or religious group.

Even though the US was slow to enter the second world war, by the end of the war we had become among the most passionate supporters of preventing other such tragedies.  We took the lead in the Nuremberg trials, bringing many of the perpetrators to justice.  When the Convention on Genocide was presented, President Harry Truman called on U.S. Senators to endorse the Convention on the grounds that America had “long been a symbol of freedom and democratic progress to peoples less favored,” and because it was time to outlaw the “world-shocking crime of genocide.”

Where were the signatories to the Convention when over 3 million people were killed, mostly victims of genocide, in Cambodia between 1970 and 1980?

Where were the signatories to the Convention when 800,000 Tutsis were murdered by the Hutus in Rwanda in 1994?

Why did it take so long for the signatories to the Convention to respond the murder of 200,000 Muslims—and the forced relocation of many more—in Bosnia beginning in 1995?

Samantha Power, former US ambassador to the UN, has pointed out how much progress has been made in the field of human rights in the last fifty years.  There are global conventions outlawing discrimination on the basis of gender and race, that outline the rights of refugees and children.  There is a planet-wide ban on land-mines, and there are international war crimes tribunals that take certain mass murderers to task.

“But,” Power wrote, “one ugly, deadly and recurrent reality check persists: genocide. Genocide has occurred so often and so uncontested in the last fifty years that an epithet more apt in describing recent events than the oft-chanted “Never Again” is in fact “Again and Again.” The gap between the promise and the practice of the last fifty years is dispiriting indeed. How can this be?”

In the last 60 years the United States has gone to war to stop the spread of Communism in Korea and Vietnam, we went into Panama and forcibly removed Manuel Noriega, we stopped Iraq from invading Kuwait, we attacked Afghanistan and removed the Taliban and we removed Saddam Hussein from power.

We’ve been ready to go to war when our own national interests are at stake.  We have not been ready to commit troops, money, and American lives to stop genocide in places like Cambodia, Rwanda, Bosnia, Sudan, and now, Iraq and Syria.

All recent US presidents have pledged that they would never again allow genocide to occur.  Jimmy Carter, Ronald Reagan, George Bush elder and junior, and Bill Clinton all made that pledge. President Obama pledged to stop the genocide in Iraq. And yet genocide happened during all their administrations.

My purpose in appearing before you today is to assert that, in my judgment, Daesh [the Islamic State] is responsible for genocide against groups in areas under its control, including Yezidis, Christians, and Shia Muslims. Daesh is genocidal by self-proclamation, by ideology, and by actions — in what it says, what it believes, and what it does. Daesh is also responsible for crimes against humanity and ethnic cleansing directed at these same groups and in some cases also against Sunni Muslims, Kurds, and other minorities. . . .

Some people claim that the wholesale slaughter going on in Syria – 470,000 dead so far, out of pre-civil war population of 20 million – isn’t technically genocide because the sides mostly are not targeting specific minority groups with the intent of wiping them out (with the exception of Islamic State). Is that a reason for us to be idle? Isn’t half a million dead and millions displaced enough of a humanitarian crisis to call for a serious, coordinated, international response?

The day after the chemical weapons attack in Syria, President Trump said:

Yesterday’s chemical attack, a chemical attack that was so horrific in Syria against innocent people, including women, small children and even beautiful little babies, their deaths were an affront to humanity.

To his credit, the president unleashed a military response to send Assad the message that gassing people was not acceptable.

But why is it that we should be sufficiently moved to respond when chemical weapons are used, but we sit and do nothing when conventional bombs and rockets are used? The victims are equally dead. What has America done since that volley of cruise missiles?

Shlomo Bolts, a Syrian-American Jew said in an op-ed piece as Aleppo was being destroyed:

As Israelis and their friends watch the coming massacre in Aleppo unfold, as they hear news of more worshippers killed at prayer and patients massacred at hospitals, I hope they reflect anew on the meaning of “Never Again.” At the present moment, global inaction on Syria allows the new Russian-Iranian military alliance to pick up steam and is a threat to Israel.

“Never again” was the basis for the founding of the United Nations, established in the wake of the Second World War after the Holocaust and the systemic of millions of Jews. On a day when a dictator murders – using poison gas – his own citizens and harms many more — on a day when solid red lines are crossed, “never again” needs an enforcement mechanism.

We cannot allow genocide to happen to anyone.  Jews have a long tradition of sticking up for the rights of others, going all the way back to Abraham, who argued with God to spare the lives of the non-Jewish residents of Sodom and Gomorrah.

What can we do? We can encourage our government to get involved. To take a more active role in stopping the slaughter. We can be compassionate to refugees, because surely we of all people know what it’s like to have to flee one’s home. We can provide financial support to non-profit organizations such as Lighthouse Relief and IsraAid that help refugees.

Ribono Shel Olam, Master of the Universe, please God, strengthen the hands of those who would stop the slaughter of your children in Syria and throughout the Middle East.  Bring the survivors under the wings of Your sheltering presence.  Help the leaders of the civilized world to remember their promise of “never again,” and help them to act on that promise.  Help us, Lord Almighty, to bring peace to the land, peace between Muslims, Christians, Jews, and all peoples on this earth,