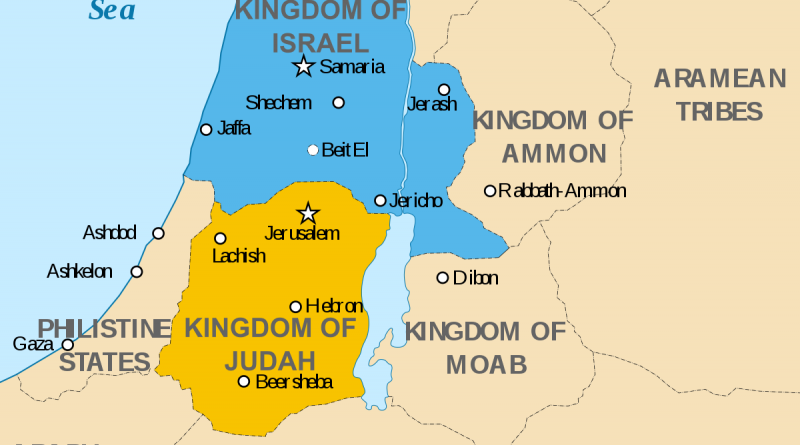 The second of this week’s two readings, Masei, includes a discussion of borders. The Torah gives very different borders for Israel in different places, some smaller, some larger. In one passage, Israel’s border extends all the way to the Euphrates River, which would include all of Syria! In another place, the border is what the eye can see from the mountain of Beth El, which would be roughly from the southern Galilee to the northern Negev – a much much smaller expanse.

So which is the “real” border of Israel?

The modern state of Israel continues to struggle with this issue. We don’t have internationally recognized borders, not with the Palestinians, and not with Syria.

It’s equally difficult to define our metaphorical borders – the borders of the Jewish people. Who is, and who isn’t Jewish. Which forms of Judaism are “authentic,” and which aren’t.

I was disturbed recently when within the space of a week two Jews (one who identifies as Conservative, the other a secular Israeli) said things to me indicating they believe the ultra-Orthodox who would deny our very “Jewishness” are somehow more “authentic” than we are.

That’s the question I’d like to explore this morning. What does it mean to be “authentically” Jewish?

What do you think – what makes an expression of Judaism “authentic?”

-at the synagogue when I shared this d’var Torah, we had a fascinating and lively conversation, and a lot of really good answers. One of my favorites was the first answer, from Aryn: that one of the things that marks authenticity is Torah study, being engaged with our tradition. Others felt it included making Judaism central to your approach to life. Another felt it was observing Shabbat and kashrut, at least to some degree, because they are such important symbols, more so than other commandments.

But there wasn’t anyone present who thought dress, sexism, or punctilious observance of the commandments according to a very strict interpretation is what defined “authenticity.”

There’s a relevant teaching from the Mishnah:

What this Mishnah teaches is that it’s important to know the difference between the “ikar,” the main course, and the “tafel,” the side dish. (As a side note, the discussion on this Mishnah immediately comes to the conclusion that bread is never secondary!).

In the Jewish world there’s often a tendency to accept as authentic anyone to your “right” religiously, while being less accepting of those to ones’ left.

What about forms of Judaism that are more liberal than Conservative? What about Reform and Reconstructionist? Are they equally “authentic?” What about Humanistic Judaism, which is cultural Judaism without God?

I think most Conservative Jews, even liberal ones, would tend to agree that there are boundaries somewhere – Jews for Jesus are outside the boundary. Humanistic Judaism, taking God out of Judaism, probably also fails the test. Judaism may be more than a religion, but it is also a religion.

Whether men and women sit together or not is NOT the essence. It’s window dressing. I don’t think God really cares that much about how we dress as long as its respectful.

Speaking of being a moral exemplar, our prophets make clear that being a “mensch,” being a good person, takes precedence over the ritual commandments. The haftarah for Yom Kippur is a perfect example – we’re sitting there fasting, feeling someone pious and proud of ourselves, and read Isaiah asking “is this the fast I desire?” Israeli jails are full of people who insist on eating only glatt kosher meat who have defrauded their fellow Jew. Talk about someone who has confused the ikar and the tafel…

I believe there’s room in the Jewish tent for all of us to feel authentic. We don’t need to judge each other. We don’t need to proclaim, “you’re in and you’re out.” None of us needs to feel superior, or inferior, to anyone else. We can have different halachic standards for different purposes, and yet still all accept each other. For example, if a Jew visits my synagogue, I’m not going to ask whether he or she is patrilineal, or a convert who meets my “standards.” I’ll welcome him or her as a Jew and be happy to call him or her up to the Torah for an aliyah. On the other hand, if that person wants me to officiate at his or her wedding, I will make inquiries to make sure I feel it’s halachically OK for me to do that. But I wouldn’t consider a patrilineal Jew any less “authentic.” They just don’t meet my halachic requirements for certain things. It’s not a judgment on their beliefs or fundamental “Jewishness.”

It’s also worth keeping a little modesty: none of us speaks directly for God.

For me the question isn’t so much about “authenticity” as it is about taking Judaism seriously. I believe that’s what God wants. For us to be engaged. For us to make Judaism, however we practice it, a central part of our lives. Whether you express that through Torah study, or punctilious observance of the ritual commandments, or through being engaged with social action and making the world a better place, they are all “authentic” expressions of Judaism, and all to be praised. And the State of Israel should not be giving preference to one expression of Judaism over another – Israel is important to all Jews, not only the Orthodox.

Aroma Opens New York Branch, But It's NOT Kosher 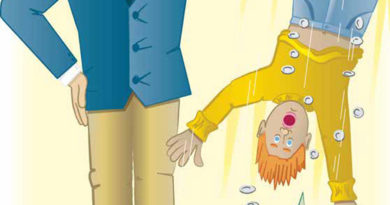 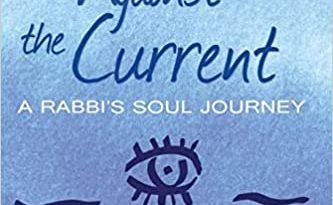 Review of Dreaming Against the Current: A Rabbi’s Soul Journey, by Rabbi Reverend Dr. Haviva Ner-David