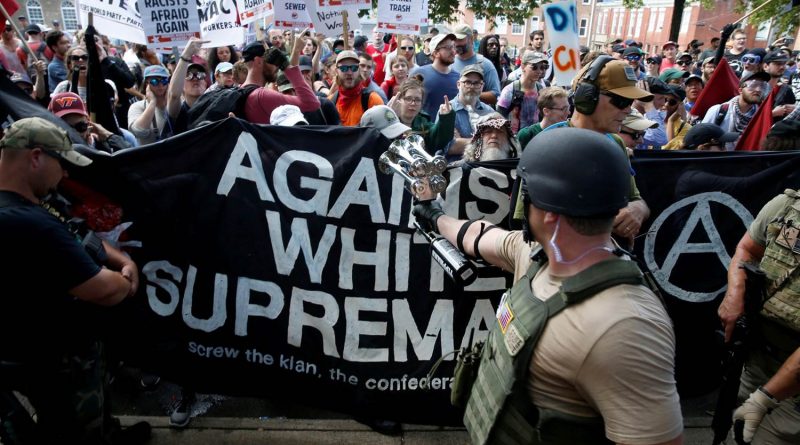 Current Affairs
August 20, 2017August 20, 2017 Barry Leff 0 Comments
*This is a message I shared with my congregation, Temple Beth-El in Birmingham, Alabama, in the wake of the events surrounding the white supremacist rally in Charlottesville, Virginia, in August 2017.
—————–
These are scary times

The events in Charlottesville last week are a powerful reminder that hate and anti-Semitism are alive and well in America. Far from being eradicated, the racists and anti-Semites feel emboldened and are crawling out from under the rocks they’ve been living under to protest and claim they deserve to be heard too.

Yes, they have a right to say hateful things. This is America. But we don’t have to passively accept their hateful words and actions.

The biggest news and the greatest tragedy in Charlottesville, of course, was the terrorist attack against counter-protestors by a Nazi sympathizer who rammed his car into a crowd. In addition to the woman who was killed, 19 others were injured.

Less covered by the media, but very disturbing to us, is what happened at Charlottesville’s Reform synagogue. For those of you who haven’t seen it, this is a report from Alan Zimmerman, president of the shul:

For half an hour, three men dressed in fatigues and armed with semi-automatic rifles stood across the street from the temple. Had they tried to enter, I don’t know what I could have done to stop them, but I couldn’t take my eyes off them, either. Perhaps the presence of our armed guard deterred them. Perhaps their presence was just a coincidence, and I’m paranoid. I don’t know.

Several times, parades of Nazis passed our building, shouting, “There’s the synagogue!” followed by chants of “Seig Heil” and other anti-Semitic language. Some carried flags with swastikas and other Nazi symbols.

A guy in a white polo shirt walked by the synagogue a few times, arousing suspicion. Was he casing the building, or trying to build up courage to commit a crime? We didn’t know. Later, I noticed that the man accused in the automobile terror attack wore the same polo shirt as the man who kept walking by our synagogue; apparently it’s the uniform of a white supremacist group. Even now, that gives me a chill.

When services ended, my heart broke as I advised congregants that it would be safer to leave the temple through the back entrance rather than through the front, and to please go in groups.

This is 2017 in the United States of America.

President Trump insisting that there is blame on “both sides” has contributed to an atmosphere that encourages the haters and leaves others feeling scared. Susan Bro, mother of Heather Heyer, the woman who was killed, has received death threats for the public speaking she has been doing in the wake of her daughter’s murder.

There are no two sides that deserve a hearing in this case. Neo-Nazis and white supremacists are the modern incarnation of Amalek, the symbol of blind hatred against Jews, Haman in the Purim story, and Hitler more recently. This kind of hate is what the Torah commands us to wipe out completely.

There is good news, however. The white supremacist groups are still a very small group, on the fringes. Despite the president’s tepid response, condemnation from the rest of society has been fast, loud and clear. Political leaders from both sides of the aisle have condemned the neo-Nazis. Republicans, including South Carolina Senator Lindsey Graham, have called on the president to be more forceful in condemning white supremacists. Business leaders, including the CEO of Wal-Mart, have said the same thing.

This is a time for us to be vigilant, but there is no need to be scared. Alan Zimmerman expressed shock that these things were happening in America in 2017, but this is still America in 2017. The vast majority of our neighbors and fellow citizens are decent people. We do need to add our voice to the voices condemning hate, intolerance and anti-Semitism. I encourage you to speak out.

In the meanwhile, we will continue to be vigilant regarding our physical security, but feel there is no need for fear.

I won’t be at services this Shabbat, as I’m in California on vacation at the moment, but my thoughts are with you. I’ll close with a prayer:

Ribono shel olam, Master of the Universe
Bring healing to those who were injured in last week’s terrorist attack in Charlottesville
Bring comfort to those who mourn the death of Heather Heyer
Guide the hearts of those who are filled with senseless hatred
To see that we are all created in the Divine image
Man, woman, black, white, straight, gay, Jew, Gentile
There is no place for identity based hatred
Not in America and not in the world
We long for the Messianic Age when
All will live together in peace and harmony
Help us to work toward that reality
May it come speedily and in our days 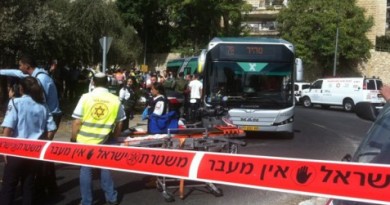 Terror on Your Doorstep 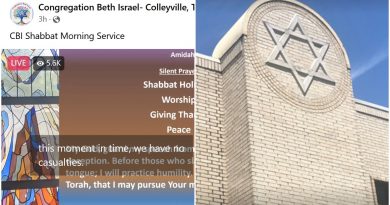