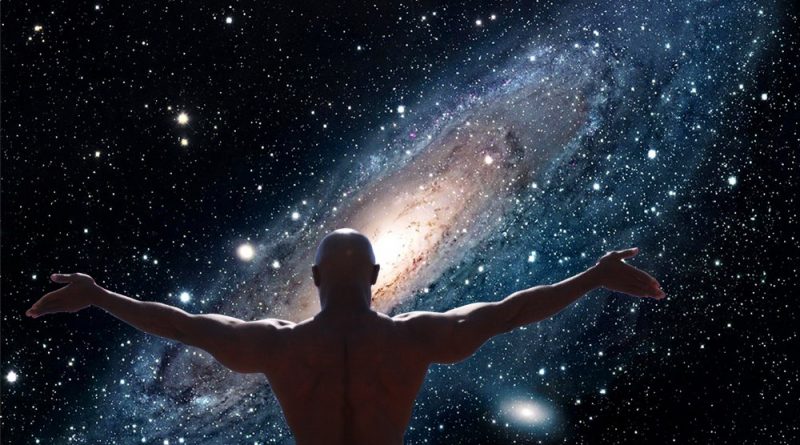 In fact, today I’m not even going to talk about the entire verse: it’s too big a subject for just one talk.  Instead we are going to discuss just two words:  Adonai Echad.

What do those two words mean?

The Hebrew which is so familiar seems pretty simple and straightforward.  But we find that if we look in a few different sources, we get significantly different translations.  Everyone agrees on “Shema Yisrael.”  Translating the rest of the sentence, there is no such agreement:

Hear, O Israel; The Lord our God is one Lord  –Soncino and King James Version

Hear, O Israel: The Lord our God, the Lord is One.  –Hertz and Siddur Sim Shalom

Hear, O Israel: Hashem is our God, Hashem is the One and Only  –Artscroll Tanakh and Siddur

And non-Jewish sources have even more translations, including, “only the Lord,” “the only God,” “the Lord – and the Lord alone – is our God.”

So what does it really mean? The classical commentators understand this verse in a few different ways:

God is our God now, not the God of other nations; but in the future he will be One God, as it says “for then I shall change the nations to speak a clear language so that they may all call out in the name of God, and it says on that day God will be One and His name One.

God is our God, we don’t have any other God with Him.  God is one, only to Him we will serve.

For Rashbam, Adonai Echad means God is unique, and our relationship with him is special.

That’s what I want to focus on this morning – God’s unity, which is a central concept to mystics of all types, not just Jewish mystics.  In Islam, for example, there’s a principle called Tawhid (Unity).  Everything originates from ‘one’ and eventually will return to ‘one’, as stated in the Quran: “We originated the first creation, so We shall bring it back (to its former state) again.” (21:104)

I first got interested in the idea of the Oneness of the Universe through studying Buddhism and physics.  Bukkyo Dendo Kyokai teaches,

Since everything in this world is brought about by causes and conditions, there can be no fundamental distinctions among things.  The apparent distinctions exist because of people’s absurd and discriminating thoughts.

The goal of Buddhist meditation practice is to sit and quiet the mind. They say the ego gets in the way perceiving the ultimate unity of the universe. Judaism has similar teachings; the Slonimer rebbe taught that the reason we cover our eyes when saying the Shema is so that we can do “hitbatlut,” nullification of the self, getting our ego out of the way, because ego creates artificial divisions. Enlightenment is ultimately about seeing through the veil of appearances of the world around us to the essential essence of the Unity of the universe.

I found this concept attractive, and all the more so when I found that Western Physics, our rational, scientific approach to the world, says similar things:

From “The Dancing Wu-Li Masters: An Overview of the New Physics,” by Gary Zukav:

A vital aspect of the enlightened state is the experience of an all-pervading unity.  ‘This’ and ‘that’ no longer are separate entities.  They are different forms of the same thing.  Everything is a manifestation.  It is not possible to answer the question, ‘Manifestation of what?’ because the ‘what’ is that which is beyond words, beyond concept, beyond form, beyond even space and time.

Zukav (and others, such as Fritjof Capra, who wrote “The Tao of Physics”) take scientific proof for this notion that everything is a manifestation from a theory in physics called “Bell’s Theorem.”  Again to quote Zukav,

Bell’s theorem is a mathematical construct which, as such, is indecipherable to the nonmathematician.  Its implications, however, could affect profoundly our basic world view.  Some physicists are convinced that it is the most important single work, perhaps, in the history of physics.  One of the implications of Bell’s theorem is that, at a deep and fundamental level, the ‘separate parts’ of the universe are connected in an intimate and immediate way.  In short, Bell’s theorem and the enlightened experience of unity are very compatible.

A full discussion of Bell’s Theorem is beyond the scope of a d’var Torah, and beyond the scope of my understanding of physics. Basically, it says the laws of classical physics – including “nothing can travel faster than the speed of light” – break down when it comes to quantum mechanics. One way this has been proven is with experiments showing “non-locality.”  A particle is split, and measuring it at location “A” seems to effect what you will see when you measure it at location “B.”  Instantaneously, no “communication time lag,” i.e., much faster than the speed of light. What some physicists call “spooky action at a distance.” It suggests that at a fundamental level matter transcends space—it’s all connected somehow.

There are other principles in physics which also speak to the unity of the universe.  E=Mc2 says that energy and matter are the same thing—so in a way, “stuff” is just another form of “energy.”  Another interesting principle is the Heisenberg Uncertainty Principle.  What this principle says is that at a sub-atomic level we can’t know both the exact location and the exact velocity of a particle—measuring unavoidably influences the results.  There is some kind of connection between what’s being measured and the instrument measuring. One of my favorite bumper stickers is “Heisenberg may have slept here.”

On a more macro level, we are becoming increasingly aware of the interconnectedness of all of us who live on this planet.  Polar bears, who live thousands of miles from the nearest “civilization” are endangered because of factories putting toxic chemicals into the air which find their way to the North Pole.  It has been scientifically proven that acidification of lakes in Sweden is from pollution originating in other countries.

Learning that Judaism shared a similar understanding of the Unity of the universe was for me an important opening in my return to Judaism after years of being secular and dabbling with other forms of spirituality. Kabbalah (Jewish mysticism) teaches that this verse, these two words, Adonai Echad, is the most basic and fundamental principle in Judaism.  A great Kabbahlist, the Ramchal (Rabbi Moshe Chaim Luzzato, Israel, 16th c.) wrote a book called 138 Openings of Wisdom, as a kind of primer on Kabbalah.  In the first “opening” Ramchal states:

The oneness of Eyn Sof – He who has “No End”, blessed be He – lies in the fact that only His Will exists, and no other will exists except through Him. Therefore He alone is in control and not any other will. The entire structure is built on this foundation. God’s supreme unity is the foundation of faith and the root of wisdom…

Or, as I like to think of it, if you’ve seen stickers on computers that say “powered by Intel,” it’s as if the universe should have a sticker that says “powered by God.”

When I started on my path of religious observance, the first prayer I started saying was the Shema. Just the six words of the Shema. I’d pause on my morning run, stop at an overlook with a beautiful view in the hills above Stanford University where I was then living, and I’d recite those six words, slowly, concentrating on each word, and visualizing the interconnectedness of everything as I said “echad.” I still prefer to say the Shema that way.

The mystics say that there is no way we can truly know the ultimate Unity of the Ein Sof.  As a Ba’hai prayer says: “Thy unity is inscrutable, O my God.”  It is simply beyond human comprehension. We strive to attain an understanding and appreciation of God’s unity, yet we know that ultimately we can never succeed—for as God told Moses, “Man cannot see My face and live.”

I’d like to close with a poem by Alexander Pope (18th c., British) – listen closely:

All are but parts of one stupendous whole

All are but parts of one stupendous whole,
Whose body Nature is, and God the soul;
That, changed through all, and yet in all the same,
Great in the earth, as in th’ethereal frame,
Warms in the sun, refreshes in the breeze,
Glows in the stars and blossoms in the trees,
Lives through life, extends through all extent,
Spreads undivided, operates unspent:
Breathes in our soul, informs our mortal part;
As full, as perfect, in a hair as heart:
As full, as perfect, in vile man that mourns
As the rapt Seraphim, that adores and burns:
To him, no high, no low, no great, no small–
He fills, he bounds, connects and equals all . . .
All nature is but art, unknown to thee:
All chance, direction, which thou canst not see:
All discord, harmony not understood;
All partial evil, universal good.