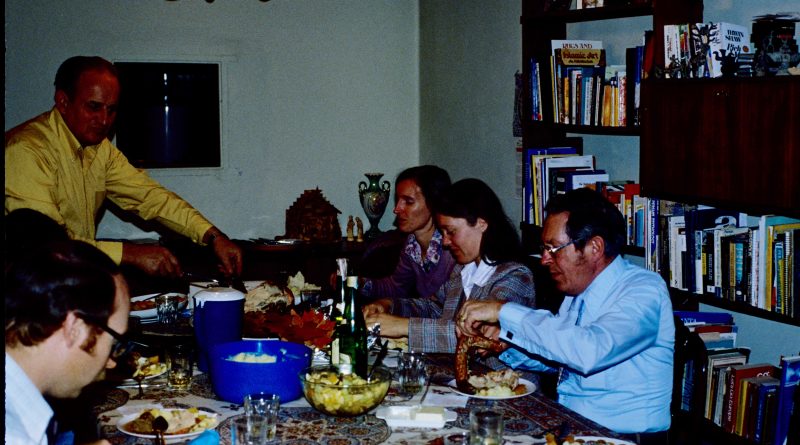 It’s a holiday that people from any faith tradition can enjoy – it’s not a “religious holiday” tied to any one religion. All religions that I know of praise cultivating an “attitude of gratitude,” being thankful for the bounty in one’s life.

The spirit of the holiday is captured by George Washington’s 1789 proclamation recommending the 26th of November as a day of Thanksgiving:

…to be devoted by the people of these States to the service of that great and glorious Being who is the beneficent author of all the good that was, that is, or that will be; that we may then all unite in rendering unto Him our sincere and humble thanks for His kind care and protection of the people of this country previous to their becoming a nation;

In many ways, however, Thanksgiving has strong Jewish roots.

The Puritans who fled England in 1620 on the Mayflower strongly identified with the Old Testament – or as we Jews prefer to call it, the Hebrew Bible – and the Jews of ancient Israel. They studied the Bible in the original Hebrew – there was even a proposal at one time to make Hebrew the official language of the colonies (partly because they hated everything English). Wouldn’t that have been cool! They believed their own lives were a literal reenactment of the stories of the Bible, an oppressed people leaving for the freedom of a promised land.

The Jewish concept of the covenant was at the heart of Puritan religious communities – Massachusetts Bay Colony Governor John Winthrop said “we shall find the God of Israel is among us, but if we deal falsely with our God…we be consumed out of the good land whither we are going,” language that echoes the Torah, the Hebrew Bible.

The original Thanksgiving may have been based on Judaism’s fall harvest festival, Sukkot, also known as the Feast of Tabernacles. The holiday is described in the Bible in the book of Deuteronomy:

After the ingathering from your threshing floor and your vat, you shall hold the Feast of Booths for seven days. You shall rejoice in your festival, with your son and daughter, your male and female slave, the Levite, the stranger, the fatherless, and the widow in your communities. You shall hold a festival for the LORD your God seven days, in the place that the LORD will choose; for the LORD your God will bless all your crops and all your undertakings, and you shall have nothing but joy.

One of my favorite commandments: וְשָׂמַחְתָּ֖ בְּחַגֶּ֑ךָ rejoice on your holiday. We’re commanded to be happy!

Another certain inspiration for the Pilgrims to celebrate Thanksgiving is found in another part of the Hebrew Bible, in the book of Psalms, Psalm 107 in particular which the Pilgrims were certainly familiar with – here are some excerpts:

Prayers of thanksgiving are some of the most important and prominent prayers in the Jewish tradition. Every day, very first thing in the morning, before even getting out of bed, Jews traditionally start their day with a prayer of thanksgiving, modeh ani lifanecha melech chai v’kayam, sh’hechezarti nishmati b’chemla, raba emunatecha, I am grateful before you, living and enduring king, who has compassionately returned my soul to me, great is your faithfulness.
Psalm 100, another psalm of thanksgiving, is part of our daily weekday liturgy, recited every weekday:

A psalm for praise. Raise a shout for the LORD, all the earth; worship the LORD in gladness; come into His presence with shouts of joy. Acknowledge that the LORD is God; He made us and we are His, His people, the flock He tends. Enter His gates with praise, His courts with acclamation. Praise Him! Bless His name! For the LORD is good; His steadfast love is eternal; His faithfulness is for all generations.

In the Jewish tradition, we say blessings both before and after eating. The blessing after eating is considered a biblical commandment, as it says in Deuteronomy 8:10, וְאָכַלְתָּ֖ וְשָׂבָ֑עְתָּ וּבֵֽרַכְתָּ֙ אֶת־יקוק אֱלֹקֶ֔יךָ עַל־הָאָ֥רֶץ הַטֹּבָ֖ה אֲשֶׁ֥ר נָֽתַן־לָֽךְ, “when you have eaten and are satisfied you shall bless the Lord your God for the good land He has given you.”

That passage in the Torah continues with an enjoinder to remember to be grateful to God when we have eaten our fill, when we have fine houses, when we have herds and flocks and silver and gold – for it’s at such a time that our hearts may grow haughty. And this is still very much true today – human nature seems to be to want to blame God when things go wrong – “Why me, God?” – but to take full credit ourselves when things are going well, “I worked hard and deserve this.” No, you probably don’t deserve it – I’m pretty sure I don’t actually deserve all the blessings in my life – but God is gracious and generous with us, and we should be appropriately grateful.

I didn’t grow up in a religious observant home – we were fairly secular. When I started becoming more observant, and started saying the blessings before and after eating, I noticed it was very easy to remember to say a blessing at the start of a meal – when I was hungry, and the food that I was about to enjoy was right in front of me. It was much harder to remember to say thanks AFTER eating – once I felt satisfied, and the food was nowhere in sight. After eating, of course, is not only the biblically commanded time to say thanks, but it’s the logical time to say thanks.

I would like to close with a beautiful prayer from Rabbi Zalman Shachter-Shalomi, the founder of the Jewish Renewal movement:

In the days of the Puritan pilgrims,
When they arrived in the land of their haven,
And suffered from hunger and cold,
And sang and prayed
To the Rock of their Salvation,
You stood by them in their time of trouble
And aroused the compassion
Of the native Indians,
Who gave them food, fowl and corn
And many other delicacies.
You saved them from starving and suffering,
And You showed them the ways of peace\
With the inhabitants of the land.
Feeling gratitude, they established therefore
A day of Thanksgiving every year
For future generations to remember,
And they feed the unfortunate
With feasts of Thanksgiving.
Therefore do we also thank You
For all the goodness in our lives.
God of kindness, Lord of peace,
We thank You.

May you and your families have a wonderful Thanksgiving holiday! 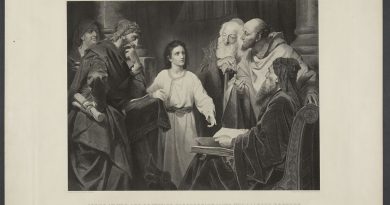 Hillel vs Jesus: Jewish and Christian Approaches to Ethics 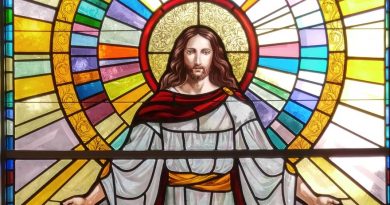 Jews and the Historical Jesus