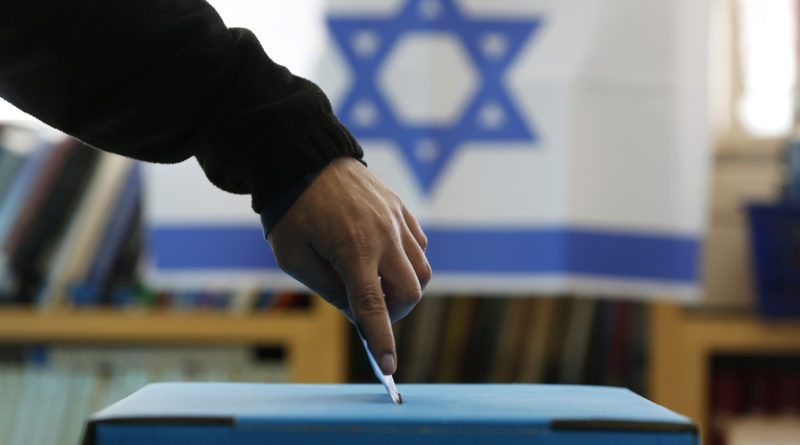 I’m writing this for my American friends, who mostly tend liberal, who may be having a hard time understanding the elections in Israel. Israel just re-elected a prime minister who going by press reports seems corrupt (the attorney general has announced plans to indict him on several charges of corruption), racist (he has fired up voters in his camp by saying things like “the Arabs are voting in droves”), and cares nothing for religious pluralism for Jews in Israel (he reneged on a deal that offered a truly equal egalitarian section at the Western Wall, something that’s important to Reform and Conservative Jews, who are the majority outside Israel). What does this say about “most Israelis?”

The problem is the coalition system in Israel, which gives small parties disproportionate power. Eleven different political parties made it past the threshold of 3.25% to have a place in the Knesset, Israel’s Parliament. There are 120 seats in the Knesset; the parties that make it past the threshold get a number of seats proportional to the percentage of people who voted for them. Israeli elections are very simple: you go into a voting booth and put one piece of paper with the symbol for the party you support in an envelope. No districts, no candidates, just one vote for a party. To form a coalition you need 61 seats in the Knesset – which typically is done with one large party and a bunch of smaller parties, although occasionally we get a “national unity government” when the big parties join forces.

Why did those 30% vote Likud? Mostly two issues: security and the economy. Among many Israelis, Netanyahu is considered good on those two issues. Similar to many Trump voters in the US, they are willing to look the other way when it comes to corruption or racism, and not many Israelis care a lot about religious pluralism. Gantz and company got nearly as many votes as Bibi, from a lot of voters who also are mostly concerned about security and the economy – but who have had enough of Netanyahu’s corruption and racist pandering to the far right.

Others may disagree with how I organize the “blocs,” but it seems to me this is what we have:

The center right/right bloc has 42%; the center left/left bloc has 37%.

Historically, Arab parties don’t get included in government coalitions. There’s no rule against it – but it’s never happened. But even if Gantz and company were to include the Arab parties, without the ultra-religious parties they still only get to 55 seats, and it takes 61 to make a coalition.

The kingmakers clearly are the religious parties. The religious parties have in the past gone with both right and left coalitions. Their interests tend to be pretty narrow: maintaining the religious status quo (i.e., no religious pluralism, ultra-Orthodox monopoly over religious life in Israel, stipends for their yeshiva students). However, all other things being equal they are much more inclined to the right. They have announced in this election that they support Netanyahu forming a coalition.

The combination that would represent the will of the largest number of voters would be if the two biggest parties in the center joined forces to create a coalition – just Likud and Blue/White together would have 71 seats, representing nearly 60% of the voters. But that’s very unlikely to happen. The election very much was a referendum on Netanyahu, so Gantz and Netanyahu teaming up is unlikely. Netanyahu also is no doubt hoping to pressure the fractured right and religious parties to pass legislation that would give him immunity from prosecution while he’s prime minister – something Gantz would never agree to.

What makes the election results terrible from a liberal perspective is that we’re likely to end up with a government similar to what we have now: center right, right, and religious. That means there is no support for a two-state solution (Trump’s much awaited peace plan will be dead on arrival, the far right won’t allow it) and any hopes for greater religious pluralism in Israel are out the window (the religious parties won’t allow it).

What gives a little hope – for the long term – is the fact that you have 45% of the voters (left, center left, Arab) who mostly favor the two-state solution and religious pluralism, and some percentage of the center right voters who also would support those things. So we very well may still have a majority in this country who support a two-state peace solution with the Palestinians, and greater freedom of religion for Jews in Israel. We just have to somehow find the leadership constellation that will be able to deliver on what most people want.

So short-term I’m pessimistic; long-term, I’m still optimistic. As our great rabbi Maimonides said, “Though he may tarry, I believe with complete faith in the coming of the Messiah.”