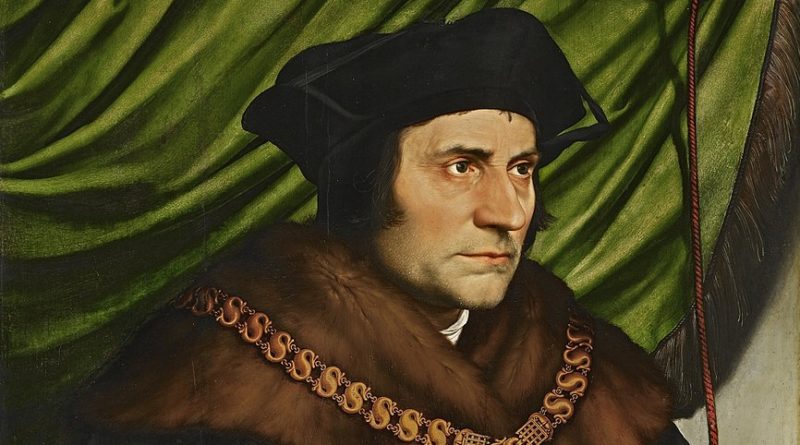 There’s a Mishnah that teaches, “silence is a fence to wisdom.” Or as Mark Twain is reputed to have put it, “better to keep your mouth shut and let people think you’re a fool, than to open your mouth and remove all doubt.”

The Jewish tradition teaches that words are very powerful things. The world was created through speech. Lashon hara, saying bad things about someone, is considered a very serious sin. In this week’s Torah portion, Matot-Masei, we are taught that oaths and vows are serious business. If you make a vow, and fail to fulfill it, you’re a sinner.

Even if you don’t believe in divine punishment, the sin of making vows and not fulfilling them often results in negative consequences. If you promise to take your kids out for ice cream, or promise to take your wife on a cruise, and fail to live up to your promise, you’ll damage those relationships. You get punished for that sin. You caused harm by simply opening your mouth: if you hadn’t made the promise in the first place, you wouldn’t have created a problem.

That’s why the sages have taught it’s better not to make any vows at all.

In Biblical days, very few women were truly free agents. A young woman still in her father’s house was considered to be under the authority of her father. A married woman was under the authority of her husband. The only women who were truly free agents were widows or divorcees. Since the husband or father had control over a woman’s behavior, she couldn’t make a valid vow without their permission.

In this week’s Torah portion we read:

In other words, if a young woman still living in her father’s house makes a vow, her father can overrule it, and her vow does not count.  On the other hand, if the father does nothing – if he simply remains silent – the vow stands.

Or as lawyers put it in Latin: qui tacet consentiret, silence implies consent.

We all know that the one of the Ten Commandments is “do not bear false witness against your neighbor.”  What you might not know is that the rabbis understand this commandment as meaning you can even bear false witness by not saying a word. Under Jewish law, you need two witnesses to be prosecuted for a crime. If there’s one witness, and you stand next to that witness, making it look like you are a witness with him, when you are not, you are guilty of bearing false witness, and could be punished.

We have an example in the Torah of someone being punished for remaining silent.  At the end of Parshat Baha’alotcha, there is a story about how Miriam and Aaron spoke against Moses because of “the Kushite woman,” a reference to his wife.  The commentator Ibn Ezra says that Miriam spoke, and Aaron was silent – and thus he was punished.  His keeping quiet while Miriam spoke against Moses implied consent, and was a sufficient transgression to merit his being punished.

Not only in the Torah is silence seen as consent. In civil law silence does not ALWAYS imply consent, but it can. According to one law dictionary I consulted, “when any person is accused of a crime, or charged with any fact, and he does not deny it, in general, the presumption is very strong that the charge is correct.”

Now to be fair, the truth is that silence does NOT always mean consent.  Silence is actually quite a complicated affair.

The presidential veto is an example where silence can have different meanings. Under ordinary circumstances, when Congress is in session, if Congress sends a bill to the president, he has ten days to send it back for revision or to veto it. If he does nothing and ten days passes, qui tacit consenterit, silence implies consent, and the bill becomes law. Very similar conceptually to the father in this week’s Torah portion.

On the other hand, there’s what’s known as the “pocket veto.” If Congress passes a bill, and then goes into recess, the President does not have an opportunity to send the bill back for more work. In that case, since there is no possibility of protesting an aspect of the bill, silence becomes a veto. The same silence from the president, but with opposite meanings.

Nowhere is the complexity of silence better proven than in a brilliant scene from the movie “A Man for All Seasons,” which Ian Curtis and I will act out for you.

A Man for All Seasons is the story of Sir Thomas More, who had the temerity to stand up to King Henry VIII when Henry decided to divorce his wife against the wishes of the Catholic church.  Henry didn’t like what the church told him, so he just started his own church instead, the Church of England, otherwise known as the Episcopalian or Anglican Church.  More had been Lord Chancellor, number two man to the King.  A devout Catholic, he resigned as the schism with the Catholic church was approaching.  A little while later, he refused to take an oath Henry imposed on all citizens of England repudiating the influence of “foreign powers,” meaning the Pope, in English affairs.  More maintained that he was not renouncing the king—he was simply maintaining his silence, and silence implies consent, so the King should leave him alone.

The following is the way the movie treats a historical meeting between More (played by myself) and King Henry’s chief advisor, Thomas Cromwell (played by Ian):

Cromwell: Now, Sir Thomas, you stand on your silence.
Sir Thomas More: I do.
Cromwell: But, gentlemen of the jury, there are many kinds of silence. Consider first the silence of a man who is dead. Let us suppose we go into the room where he is laid out, and we listen: what do we hear? Silence. What does it betoken, this silence? Nothing; this is silence pure and simple. But let us take another case. Suppose I were to take a dagger from my sleeve and make to kill the prisoner with it; and my lordships there, instead of crying out for me to stop, maintained their silence. That would betoken! It would betoken a willingness that I should do it, and under the law, they will be guilty with me. So silence can, according to the circumstances, speak! Let us consider now the circumstances of the prisoner’s silence. The oath was put to loyal subjects up and down the country, and they all declared His Grace’s title to be just and good. But when it came to the prisoner, he refused! He calls this silence. Yet is there a man in this court – is there a man in this country! – who does not know Sir Thomas More’s opinion of this title?
Crowd in court gallery: No!
Cromwell: Yet how can this be? Because this silence betokened, nay, this silence was, not silence at all, but most eloquent denial!
Sir Thomas More: Not so. Not so, Master Secretary. The maxim is “Qui tacet consentiret”: the maxim of the law is “Silence gives consent”. If therefore you wish to construe what my silence betokened, you must construe that I consented, not that I denied.
Cromwell: Is that in fact what the world construes from it? Do you pretend that is what you wish the world to construe from it?
Sir Thomas More: The world must construe according to its wits; this court must construe according to the law.

In 1939 the population in Germany was 79 million people.  If half of them had taken to the streets in protest, would Hitler have been able to conduct his genocide against the Jews?  Isn’t it the silence of 78 million of those 79 million people that gave Hitler the tacit consent to his wicked plan?

Edmund Burke said, “All that is necessary for the triumph of evil is that good men do nothing.”  That they keep silent.

We live in a world where there are many issues that beg for speaking up.  Record setting heat waves, glacial melt, and violent storms show that climate change is accelerating. From whichever side of the political spectrum you sit on, the immigration system in America seems broken. Nationalism on the rise around the world. Antisemitism on the rise. We still have 30 million people in this country without health insurance. As housing continues to become more expensive the number of homeless people living on the streets in metro Seattle continues to rise, currently over 12,000. Nine million people a year worldwide dying of starvation.

We must speak out, on these and other important issues.

Craig Bruce said “Silence is a statement that is open to gross misinterpretation.”

Don’t allow your silence to be grossly misinterpreted.  I know you are all good people, who do NOT consent to the terrible things going on in the world.  Don’t let your silence be misconstrued.  Speak out. Pick a subject you believe is important and learn about it.  Talk to other people about it.  Write letters to the editor about it.

Lest someone think that your silence gives consent.