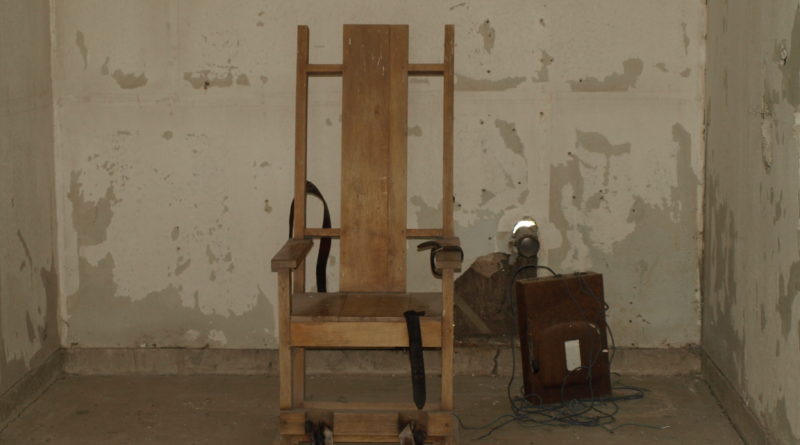 Should someone be rewarded for acting as judge, jury, and executioner and killing a criminal?

Everyone here, I hope, would say “of course not!” That’s lynching. It’s a terrible thing. It brings up memories of some of this country’s darkest days. Reward someone for lynching someone?

And yet that’s exactly what happens in this week Torah portion, Pinchas.

At the end of last week’s Torah portion Pinchas ben Eleazar, the late high priest Aaron’s grandson, ran a spear through a Jewish man who was publicly engaging in idol worshipping carnal relations with a Midianite woman, killing both of them with one bold stroke.

Pinchas, son of Eleazar son of Aaron the priest, has turned back My wrath from the Israelites by displaying among them his passion for Me, so that I did not wipe out the Israelite people in My passion.

Say, therefore, ‘I grant him My pact of friendship.

It shall be for him and his descendants after him a pact of priesthood for all time, because he took impassioned action for his God, thus making expiation for the Israelites.’

What? He’s being rewarded? Pinchas took it on himself to kill someone who was breaking a ritual law. This wasn’t self-defense. It was a murder to stop someone who was sinning.

Many of us are uncomfortable with Pinchas’ actions. The rabbis in the Talmud were uncomfortable with Pinchas’ actions. According to Torah law, there’s due process to be followed before executing someone. In the Talmud tractate Sanhedrin it says that if a zealot asks if he should kill someone engaging in the same crime Pinchas’ victims were engaging in, they tell him, “no, don’t kill him.” The rabbis make up a bunch of miracles that happened when Pinchas acted the way he did to try and justify what Pinchas did, without allowing it to provide any sort of license for others to do the same.

The rabbis of the Talmud – and therefore halacha, Jewish law – are not only uncomfortable with what Pinchas did with his extra-judicial execution, they didn’t like capital punishment at all, and effectively legislated it out of existence.

Earlier this week Attorney General William Barr announced an end to a 16-year moratorium on executions by the federal government. He ordered the government to proceed with the execution of five inmates on death row, although court challenges to a new protocol for putting the prisoners to death is expected, which will delay the implementation.

With Barr’s announcement, this seems a good time to look at the issue from a Jewish perspective. What does our tradition say about the death penalty?

If you go by the Torah, you might think we’re big fans of the death penalty. There are literally dozens of crimes in the Torah that are punishable by death, including not only what we think of as major crimes such as murder or kidnapping, but also offenses such as contempt of court (don’t give the judge no lip!), a rebellious son, adultery, marrying your wife’s mother (can’t imagine that was a popular crime even in biblical days), and violating the Sabbath (there’s one way to get people to come to shul!).

But despite the Torah’s seeming fondness for capital punishment, the rabbis disagreed, and they effectively legislated it out of existence.

How could they do that?

The rabbis did it by making the procedure for putting someone to death so cumbersome that it could never be carried out. Here’s a summary of the procedural hoops the rabbis put in place:

It’s not surprising then that executions became rare in the late Second Temple period. There’s a Mishnah that says a Sanhedrin (Jewish Supreme Court) that would execute somebody once in seven years would be considered a bloody court. Rabbi Elazar Ben Azariah says: “Once in seventy years.” Rabbi Tarfon and Rabbi Akiva said: “If we were on the Sanhedrin, nobody would have ever been executed.” There was a dissenting opinion: Rabban Shimon ben Gamliel responded, “if so, they would have multiplied murderers in Israel.”

But his was a very small minority opinion. The rabbis were overwhelmingly opposed to the death penalty. Why? What led the rabbis to being so anti-capital punishment?

Judaism believes lives are of infinite worth. There is no higher value in the Jewish tradition. There’s a teaching that says pikuah nefesh docheh et hacol,” saving lives overrules everything. If you need to feed someone pork to keep him alive, you feed him pork. If you need to steal to avoid starvation, you are allowed to steal. The only things you don’t do to save a life are murder someone else or commit public idol worship or commit sexual offenses.

Valuing life so highly means that the mere possibility of executing an innocent person is horrible to contemplate. Our great rabbi Maimonides from nearly 1000 years ago said,

…if punishment was given based on estimation and circumstantial evidence, it is possible that someday an innocent person would be executed. And it is preferable and more proper that even a thousand guilty people be set free than to someday execute even one innocent person.

It is preferable that even a thousand guilty people go free than one innocent person be executed.

And that’s why we should be opposed to the death penalty as well. In the United States alone 144 people have been exonerated while serving on death row. That’s 144 innocent people who nearly lost their lives. The Death Penalty Information Center has identified ten cases where someone was executed but was likely innocent. Ten innocent people put to death for crimes they did not commit.

Can you imagine how you would feel if you or a loved one were wrongly sentenced to death? How do you compensate for that? How do you give someone their life back? People who have been wrongly given a death sentence are often very bitter after they’re released, and who can blame them?

Estimates are that as many as 4% of the people on death row may be innocent. That means only 96% are actually guilty. Maimonides teaches us even if that figure were 99.9%, it’s not good enough. That’s how valuable an innocent life is.

We can be proud that our state of Washington abolished the death penalty last year. But the fact that ten Americans have already been put to death this year, and the federal government is bringing back executions means there’s a lot more work to be done in stopping this practice that our rabbis have considered unjust for over 2,000 for over 2,000 years. And this is one area where there is agreement among all denominations: Orthodox, Conservative, and Reform rabbinical associations have all spoken out against the death penalty. Nearly 60 years ago, in 1960, the Conservative Movement’s law committee issued a ruling condemning all forms of capital punishment as “barbaric and obsolete.”

The list of countries that have abolished the death penalty has grown from 48 in 1991 to 106 in 2019. It’s time for the United States to join that list.

And if you think about it, a sentence of life in prison without possibility of parole is, in essence, a death sentence. But we should leave it in the hands of God to carry out that sentence. 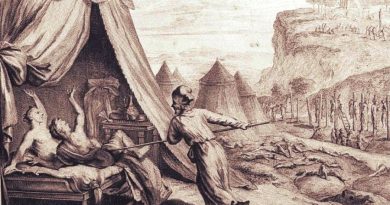 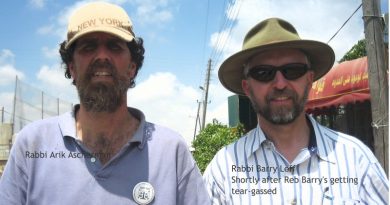 On Friday the Rabbi got Gassed…