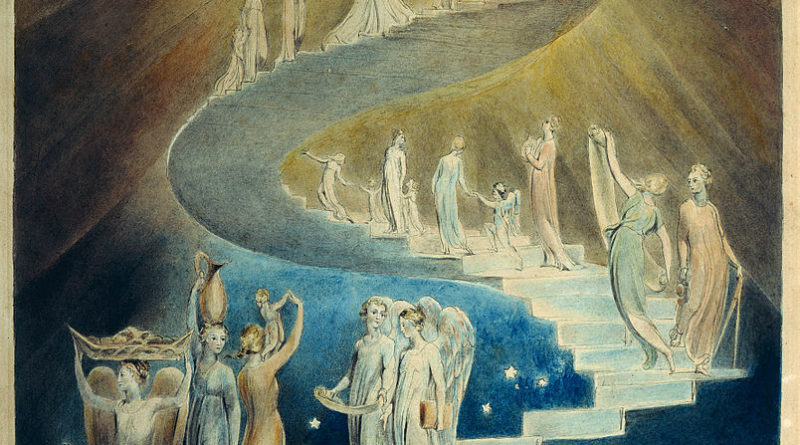 In the birkat hamazon, the grace after meals, there’s a curious phrase:

Kedoshenu kadosh Yakov
Our holiness is the holiness of Jacob.

Why Jacob? Why not Abraham, the first Jew? Or Moses, the lawgiver? Or King David, author of the sublime psalms?

It’s because Jacob’s holiness is a holiness that encapsulates the approach of the Jewish people. An approach to holiness that is rooted on earth but reaches the heavens. That connects heaven and earth, God and man.

We first see this from this week’s Torah portion. At the beginning of this week’s Torah reading Jacob is on his way to Haran. He’s fleeing for his life – he’s worried his brother Esau wants to kill him, because he stole Esau’s blessing from their father, twice. He stops for the night and has a dream. He sees a ladder, planted in the earth, with the top of it in heaven. He sees angels going up and coming down the ladder. When he awakes from his dream he’s startled: “Wow, God was in this place, and I didn’t know.”

In fact, the kabbalists, the Jewish mystics, say that bridging heaven and earth is in fact the mission of the Jewish people. They teach that the world was created in a sort of cosmic work accident. God’s energy was filling vessels called sefirot, and the sefirot couldn’t contain the overwhelming light and energy and they shattered. The world we live in is the shattered remnants of the vessels, called kelipot. But just as if you took a glass jar of honey and smashed it on the floor, where there would be some honey stuck to the glass, some of God’s holiness is still present in our world, clinging to those shattered remnants. When we do mitzvot we raise those bits of holiness in this world and bring them back to God.

When we say a blessing before or after eating, we’re taking that bit of God’s light that had adhered to the food and are elevating it, bringing it back to God. Connecting something from this world, something very mundane and profane, with the holy and divine.

That’s why in the birkat hamazon, the grace after meals, we say, “kedoshenu kadosh Yakov,” our holiness is the holiness of Jacob. We too are being the kind of bridge that Jacob was, connecting heaven and earth by bringing holiness into the act of eating.

We do not have monks in the Jewish tradition. A life of contemplation, cut off from the world, is not our way. The closest we have is the nazir, someone who swears off wine and strong drink and grows his hair. Normally it’s only for a period of 30 days. Moses may spend 40 days and 40 nights on the mountain, but he does come back down to his unruly people below. Jacob may ascend the ladder and get a fresh perspective, but he also comes back down the ladder and engages in the world.

What are some of the ways we as Jews go about this mission, of bringing holiness to the mundane?

For many Jews, tikkum olam, the repair of the world, is a synonym for “social action,” a focus on the mitzvot bein adam l’chavero, between people, such as giving charity, or feeding the poor or sheltering the homeless. To the kabbalists, however, tikkun olam is doing any mitzvah – whether it’s giving to charity or saying a blessing before or after eating or lighting Shabbat candles. Any of those actions bridges heaven and earth, brings holiness into our lives and restores the divinity in the mundane.

With the right perspective, everything we do can become a spiritual act. My first Talmud teacher, Rabbi Yosef Levin of Chabad in Palo Alto, said that when he goes to the grocery store it’s a spiritual act and doing a mitzvah. He knows he’s buying food to feed himself and his family so that they are enabled to do more mitzvot.

Jacob models another way to bring together the physical and the spiritual, the earthly and the heavenly. In next week’s parsha when he’s preparing to encounter his brother Esau, Jacob makes both physical preparations – separating his people into two camps, sending gifts – and spiritual preparations, praying. The Jewish approach is not like Christian Scientists, who rely only on prayer, and not on things like modern medicine, and it’s not like atheists who only rely on science. We bring both together. We go to the doctor AND we say a mishebarach, a prayer for healing. Heaven and earth are both part of our approach.

And just as our mission down here is elevating this world, when we ascend to the higher realms, it’s also for a purpose down here. Just as ascending in an airplane and getting some altitude can allow you to see the bigger picture, gives you perspective, ascending spiritually can also give you perspective on the human condition. The purpose of the ascent is not to spend the rest of your life in the clouds, but rather to come back down to this world, and with that improved perspective make things better down here.

The view of the Earth from the Moon fascinated me — a small disk, 240,000 miles away. It was hard to think that that little thing held so many problems, so many frustrations. Raging nationalistic interests, famines, wars, pestilence don’t show from that distance.

It’s all a matter of perspective. Borman had a taste of God’s perspective. We need to bring that Godly perspective – the eradication of nationalistic interests, famines, wars, and pestilence – down to earth. We need to labor on behalf of all people by bringing kindness, care, and concern for others to all that we do, whether it’s how we treat each other in the synagogue, or supporting human rights organizations protecting those who need protection, whether it’s victims of human trafficking, refugees from war or violence, Palestinian farmers, or fellow Jews facing anti-Semitism.

The Dalai Lama has said something very similar. He said the reason he pursues enlightenment is not for its own sake, but rather so that he will have more compassion and be better able to help alleviate human suffering in this world.

In closing, I’d like to point out a couple of important features of Jacob’s ladder, the ladder of the Jewish people. First, it’s a ladder. It’s not an elevator and it’s not an escalator. Climbing that ladder takes some effort. Secondly, the angels  on the ladder don’t come down first, as we would expect, from up in heaven and then go up. The angels go up and then come down. The spiritual journey starts with us. We have to be the ones who make the first move, who make the effort to get on the ladder and climb. 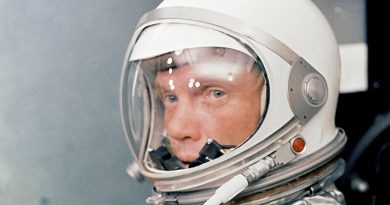