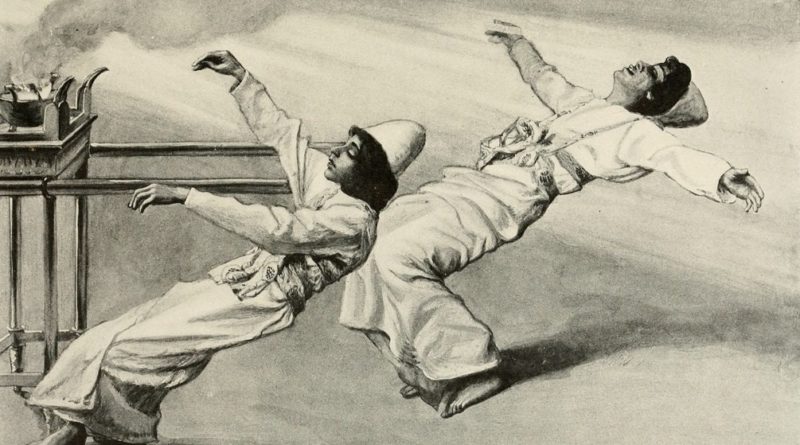 I can’t decide whether I’m getting used to our new coronavirus reality, or whether the sense of “unrealness” is getting worse. Maybe both at the same time.

For some people, the costs of the novel coronavirus are very much in their face. Some people, including members of our HNT community, have lost loved ones to the disease, or live with the frustration of loved ones having the disease, hospitalized, and being unable to be by their side. Others have had, or now have it themselves. Many have lost their jobs and are terrified about the future. Some are healthcare or other essential workers, exposing themselves to danger on a daily basis to take care of the sick or allow us to have food on our tables.

In our community we’re fortunate that most of us are not directly living with the real costs of coronavirus. Many of us are able to work quite comfortably from home, some are retired and don’t have to worry about working. But everyone is impacted by the coronavirus, at least psychologically. Our world has changed. Our routines are completely disrupted. Simple pleasures we took for granted, like having friends over for Shabbat dinner, or going out to a concert, are denied us. And that takes a toll.

A rabbinic colleague, Sue Fendrick, posted something on Facebook that captures how many people feel:

I heard many people independently say–after feeling it myself–that yesterday they just hit a wall, felt the sadness and stress at a new level or for the first time, etc. My mom said that she experienced the same thing among her friends and contacts.

I’m a big “let’s name it” person, so let me just name this: It’s not about weeks anymore. We’re no longer counting in weeks, we have now been doing this for a month.

In that month, we’ve learned that this is going to be many months, very possibly over a year, of substantially dealing with (in a variety of ways) the impact of COVID-19 on our lives and our communities and most of what we take to be the normal way things work, and the planned and imagined trajectories of what we expected to be in front of us in the next year or two.

In the beginning, there was the adrenaline, the gearing up, the WTF, the figuring out how to cope, for now.

Now we’re at the beginning of the very long and uncharted middle.

A Kaiser Foundation poll from early April found that 45% of all Americans feel their mental health has been negatively impacted because of coronavirus related stress and worry. And that number was up significantly from a poll taken in early March.

What can we do to preserve our mental health? How can we cope with the stress, the worry, the uncertainty?

We need to tend to our bodies, our minds, and our souls. The three are inextricably connected.

I’m not going to dwell on what to do for your body. It’s the things your doctor tells you every time you go in for a physical. Eat healthy, take your medication, get some exercise. Exercise is especially important in these times when we’re either not working or working from home and living a more sedentary than usual existence. Exercise, even just a walk in the fresh air, with proper social distancing of course, reduces stress hormones in our system.

I’m also not going to dwell on what to do for your mind. Our minds need exercise too, and there are all sorts of ways to stimulate the brain beyond spending 5 hours a day on Netflix.

But what about our souls? How do we nourish our souls, which is probably the real key to maintaining one’s mental health in a difficult time?

It’s by cultivating the right attitude. An attitude of “tragic optimism.”

Tragic optimism is a term coined by the famous psychiatrist and Holocaust survivor Victor Frankl, z”l, in his book “Man’s Search for Meaning.” It is also, perhaps, the quintessential Jewish response to adversity.

As Frankl describes it, tragic optimism is an optimism in the face of tragedy that allows for

1) turning suffering into a human achievement and accomplishment; 2) deriving from guilt the opportunity to change oneself for the better; and 3) deriving from life’s transitoriness an incentive to take responsible action.

In an oped piece in the NYTimes on using tragic optimism to cope with coronavirus stress, Emily Esfahani Smith described a study of the well-being of young adults in the wake of the 9/11 attacks. None of the students in the study lost loved ones in the attacks, but they did report feeling distressed, as I think all of us felt. The study found some of the students were much less likely to be depressed. What was the difference? As Smith describes it,

But that didn’t mean they were Pollyannas. They did not deny the tragedy of what happened. In fact, they reported the same levels of sadness and stress as less resilient people. This finding comes up frequently in psychology research: In general, resilient people have intensely negative reactions to trauma. They experience despair and stress, and acknowledge the horror of what’s happening. But even in the darkest of places, they see glimmers of light, and this ultimately sustains them.

Frankl did a study more than 60 years ago in which he pinpointed a critical way to find those glimmers of light. Frankl reported on what he called “unemployment neurosis.” People who were unemployed who were depressed, feeling they were useless, that their lives had no meaning. Frankl determined that these feelings were the result of two erroneous assumptions: 1) that to jobless meant you were useless; and 2) that to be useless means your life has no meaning.

Consequently, whenever I succeeded in persuading the patients to volunteer in youth organization, adult education, public libraries and the like – in other words, as soon as they could fill their abundant spare time with some sort of unpaid but meaningful activity – their depression disappeared although their economic situation had not changed and their hunger was the same. The truth is that man does not live by welfare alone.

What keeps people going isn’t denying the tragedy of the situation or finding a way to be “happy.” It’s about finding meaning. And meaning in context is NOT about understanding the ultimate meaning of life. It’s about having meaning in your day. Doing something you perceive as useful.

This week’s Torah portion, Shemini, like everything we’ve had so far in the book of Leviticus, has a lot of stuff about sacrifices. Sacrifices in general reflect a sort of tragic optimism – there’s the minor tragedy of the sacrifice, giving up something we value, but it’s accompanied with the optimism that this is a path for repairing damage we may have caused in our relationship with God. The tragedy has meaning.

In this week’s parsha we also see Aaron’s response to a horrible tragedy – the death of his sons. The very same day his sons died, he continued in his job as Kohen Gadol, bringing the sacrifices that it was his right and responsibility to bring. Yet he was clearly also in mourning. The Kohanim were supposed to eat the goat of the sin offering, and instead Aaron had it burned. Moses was angry with Aaron – he said, “Why didn’t you eat it? It’s most holy, God gave it to you to remove the guilt of the community!”

They brought their sin offering and their burnt offering before the LORD, and such things have happened to me! If I’d eaten the sin offering today, would the LORD have approved?

Aaron was clearly in mourning. He was clearly troubled. And yet the great meaning he found in his work allowed him to carry on.

Throughout history, Jews have responded to catastrophes with “tragic optimism.” After the destruction of the Temple, yes, we mourned, and we still mourn on Tisha b’Av, but we also affirmed a belief that future redemption will come, we found comfort in our community and in our rituals.

When the Jews were given the choice of convert, die, or leave by King Ferdinand in 1492, most didn’t simply give up and convert or die. The people left. Giving up their material comfort, their homes, they surely experienced tragedy, but they also clung to hope, saw a glimmer of light, that in a new place they could find a way to remain faithful to their God and rebuild their lives.

Frankl wrote his book after surviving the horrors of Auschwitz and other concentration camps. He found that even in the most dire of circumstances, there are ways to find meaning, often by performing acts of service for other people.

My favorite Jewish example of tragic optimism is a pair of holidays coming up later this month. Yom HaZikaron and Yom Ha’atzmaut. If you haven’t lived in Israel during those holidays, you can’t really understand them. Yom HaZikaron is Israel’s Memorial Day. Here in the Diaspora the day is mostly ignored. We’ll have a community celebration of Yom Ha’atzmaut, but do nothing for Yom HaZikaron. In Israel Yom HaZikaron is a huge deal, way more than Memorial Day in America. The nation stops for the sounding of a siren, just as on Holocaust Remembrance Day. Schoolchildren all have solemn ceremonies to attend. Cemeteries are full of people visiting the graves of loved ones who gave their lives to defend Israel. Yet at sundown we go directly from the mourning of Yom HaZikaron to the celebration and barbeques of Independence Day. Yes, we mourn. Yes, we remember those we lost. But the tragedy gives way to thanks and optimism.

I am grateful that my mental health does not seem to have been adversely affected by the coronavirus crisis, and for that I thank you, the Herzl-Ner Tamid community. I have as much meaning as ever – even more than ever – as we navigate these difficult times. I’m grateful we live in a time when technology makes it possible for me to continue much of my rabbinic work even in a time of physical isolation.

Throughout our history, Jews who are in difficult circumstances conclude both the Passover seder and the Yom Kippur prayers with a message of hope – l’shana ha’ba’ah birushalayim, next year in Jerusalem. Next year at peace. Next year in a better world.

Next year in a world where it is safe to have our joyous seders physically present with friends and family. 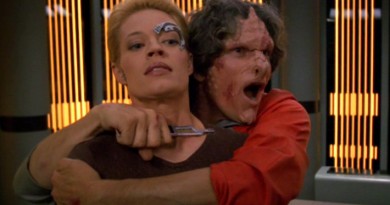