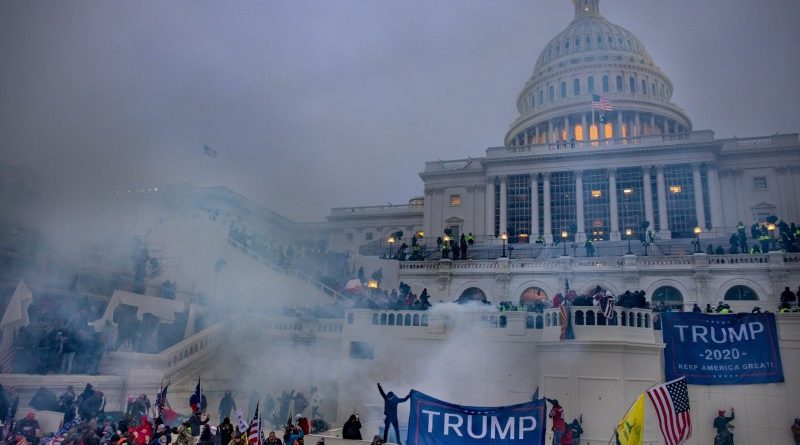 Last Wednesday I was out on mountain bike ride in the desert, enjoying a peaceful interlude in my workday. When I got home I was shocked, as was almost everyone in the nation, to see that an insurrection had broken out in Washington, D.C., and an armed mob had stormed the nation’s capitol.

In times of trouble, I turn to the Torah and Talmud to try and find sources that can help make sense of madness. Here are a few things I’ve been thinking of this past week.

Jews traditionally include a prayer for the government in our prayer services. The reason why is explained in a passage from the Talmud:

…just as in the case of fish of the sea, any fish that is bigger than another swallows the other, so too in the case of people, were it not for the fear of the ruling government, anyone who is bigger than another would swallow the other. And this is as we learned in a mishna (Avot 3:2) that Rabbi Ḥanina, the deputy High Priest, says: One should pray for the continued welfare of the government, as were it not for the fear of the government, every man would swallow his neighbor alive.

The events showed what happens when the control of the government is weak. The Capitol Police were unprepared for what hit them. They shouldn’t have been – the FBI’s Norfolk office had sent warnings about what was going to transpire. Second Amendment notwithstanding, the government contract is that the government has a monopoly on the use of force. It keeps us from killing each other. That contract broke down last week, resulting in five deaths and serious risk to the Vice President and other elected officials.

There is a proverb that says, “you reap what you sow.” Proverbs applies that teaching to our situation today: “Whoever sows injustice will reap calamity.”

The injustice that was sown by the Trump administration – denigrating minorities, being disrespectful to anyone who dared to disagree with the leader, fanning flames of hatred, spreading lies about a stolen election, certainly resulted in the calamity we saw last week, when, for the first time since 1814, the capitol building was stormed by hostile forces.

The Talmud teaches us:

All of the Republican members of Congress who stood by, or even cheered Trump on as the president made false claims about election fraud – claims that were rejected by every court that considered them, including courts with judges appointed by Trump – shares responsibility for what happened. Perhaps some of them realized the folly of that path as they lay huddled under their desks waiting to be evacuated to a safe location. Unfortunately, some of them, like Josh Hawley, clearly did NOT learn anything from the experience.

God willing, next week when Joseph R Biden is inaugurated as the 46th president of the United States of America we will instead see a time when the guiding principle is one pronounced by the prophet Hosea:

Sow righteousness for yourselves; Reap the fruits of goodness.

The House of Representatives is almost certainly going to impeach Trump a second time; there’s actually a chance that the Senate will convict. Trump is going down with the worst track record of any president – the only president to be impeached twice, the first president since Herbert Hoover to lose the White House, House of Representatives, and the Senate in one term, and the only president to lose the popular vote twice. But those of us who are relieved that his reign of madness is nearly over should not rejoice, as Proverbs cautions us:

Do not rejoice when your enemy falls, and do not let your heart be glad when he stumbles; lest the Lᴏʀᴅ see it, and it displease Him, and He turn away His wrath from him.

Schadenfreude is not a Jewish attitude. At the same time, even though we’re not supposed to rejoice, I’m sure many of us will breathe a very deep sigh of relief, and will pray that America can get back on track and recover from the horrors of the last few months, and the damage done over the last four years.

PS: There are some who say we shouldn’t blame all Trump supporters, etc. Not everyone at the demonstration at the capitol was a rioter. Here’s a helpful guideline I found, not sure who wrote it, but it’s a useful way to tell if you’re on the right side or not:

A helpful rule of thumb I borrowed from a friend: Huge numbers of our population believe in a complete alternate reality. Alternate facts as it were. But just as intensely as I believe they are deluded, they think I am the one who is deluded. Maybe I am. So how can I be confident in my perception?

It can be quite difficult. But, I have found that in times of political confusion, particularly when emotions are running high and creating tunnel vision, the presence of Nazis can be an extremely helpful indicator.

If I am attending a local demonstration or event and I see Nazis…neo-Nazis, casual Nazis, master race Nazis, or the latest-whatever-uber-mythology-Nazis, I figure out which side they are on. And if they are on my side of the demonstration? I am on the wrong side. It is tough to argue moral equivalence when I am standing next to a Nazi. Look to my right. Is there a guy wearing a 6MWE (6 million wasn’t enough) t-shirt? I am on the wrong side. Look to my left. Is that guy wearing a Camp Auschwitz t-shirt? Wrong side. Are speakers being applauded for referring to things that Hitler got right? Wrong side.

Team-spirit face paint and hat with animal horns? This is actually an unclear indicator that could mean anything, but safest to keep my distance from that guy anyway, even at a football game.

However, I can always, always, always rely on the presence of Nazis as a guiding light through a fog of disinformation. Some things are relative, and politics can absolutely have its opposing sides and grey areas. But evil and good are absolute. So, just look for the Nazis, and make your own decisions. 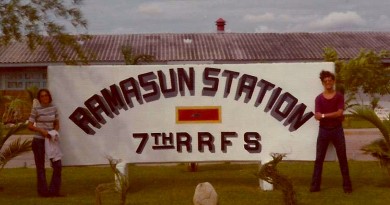 Torah and the US Army