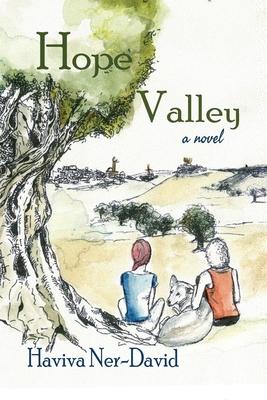 Rabbi Haviva Ner-David’s debut novel, Hope Valley, is a story of friendship between a Jewish Israeli woman and a Muslim Palestinian Israeli woman. I live in Jerusalem, and I read it during a week in which Hamas fired over 3,000 rockets at Israeli civilians, so it’s a time when I could really use some hope. I really truly want to believe in the kind of connections and friendships Ner-David writes about; it’s a little challenging this week, especially since in addition to rockets from Hamas and response from the IDF, there has been violence between Israeli Jews and Israeli Arabs, in both directions. It’s a disheartening time, but a message of hope is exactly what we need in disheartening times.

There’s an old Chasidic tradition to use allegory to convey moral messages, and Hope Valley is very much an allegory in novel form. It’s a little more “on the nose” than the allegories of Rebbe Nachman of Bretslav, but that’s very much excusable because so many people are ignorant of the basic facts surrounding the dispute between Israelis and Palestinians. Including many Israelis and many Palestinians.

The story is told from the perspectives of the two protagonists: Tikvah, an American-Jewish-Israeli immigrant, and Ruby, a Palestinian-Israeli who spent a lot of time in America. The two perspectives are really what makes the novel work. In her blog Ner-David describes the process that led her to structure the story this way. In her blog she talks about the issues of “cultural appropriation” when writing from the perspective of a persecuted other, and I agree entirely with her assessment that it’s not only appropriate, it’s a positive step toward healing to be able to try and feel things from the perspective of someone from the “other side.”

There are times when the writing is excessively expository, explaining things that someone in the position of the protagonist would definitely have known. The novel would have benefitted from finding other ways to convey the same information to the reader without the exposition. Don’t ask me how, that’s probably why I could never write a novel. It’s always easier to be a critic!

Both main characters are very sympathetic and engaging. It’s easy to cheer for both of them, which is possibly what so many people fail to understand about the Israeli-Palestinian conflict. You can be an Israeli Jew who also cares about the treatment of the Palestinians. You can be a Palestinian and understand why Jews feel a connection to the same land. It does not have to be either/or. It can be “I feel my pain AND I understand your pain.”

Even though the surprise ending seemed far-fetched as soon as I saw where it was going, it worked. I had tears in my eyes at the ending, and I’m a guy not so easily moved to tears.

If you’re an Israeli or Palestinian, I recommend the book because perhaps a little bit of the hope will rub off on you too. If you don’t directly have a stake in this particular struggle, I recommend the book both because it’s a good story, and because it can help you gain insight into the complexities surrounding the seemingly intractable struggle between Israelis and Palestinians.

The book is available on Amazon, Barnes and Noble, Book Depository, and Apple Books, in print or electronic version.

The Bible and the Occupation