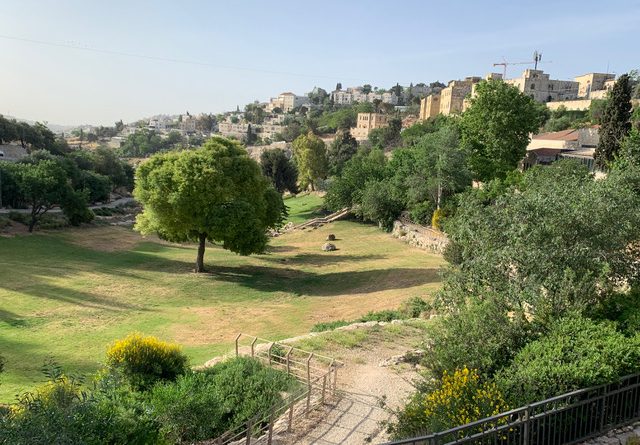 My morning run today took me past Gehinnom, the Valley of Hinnom, aka Hell. This is thought to be the place where ancient Canaanites offered child sacrifices to Moloch. In rabbinic literature, this came to be associated with the place where sinners were punished after their death in order to atone for their sins.

But as you can see in the picture, Hell is just another place – it’s people who turn a place into Hell, as legendarily happened here through child sacrifice. Hell isn’t a place of eternal punishment – it’s a place right here on Planet Earth, and many people find themselves in a Hell not of their own making, such as the Jews during the Holocaust, or people living through civil war in Syria, or being harassed by the Taliban or ISIS.

I’m not saying it’s easy – I know the Hells that we make of our own accord can be tough to escape. These stairs are an entry to Hell – don’t they look inviting? Similarly, the gateway to Hell can be a guy who seems nice, or a job that looks like a good fit, but sometimes those things turn out to be an illusion.

People sometimes also put themselves into solitary confinement in Hell – which makes it harder to get out. If you’re struggling with a Hell of your own making, get some help and get out.