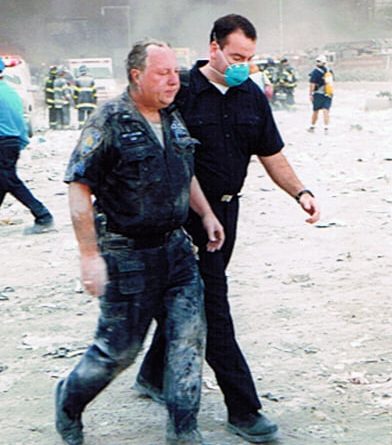 (Photo by Robby Berman)
Today is Shabbat Shuvah, the Shabbat that falls during aseret yemei hateshuvah, the Ten Days of Repentance. It’s also the 20th anniversary of 9/11.

I usually have no trouble finding things to say, but I grappled more than usual with what to say today. 9/11 was 20 years ago. Yes, it was a tragic day, 3,000 people died. But that’s a drop in the bucket compared with COVID – we had months when in the United States alone over 3,000 people died each and every day. In the last week alone over 7,000 additional people have died from COVID. The total death count to COVID in America is over 650,000. That’s the equivalent of over 216 9/11s.

But 9/11 is etched in all our personal and collective memories. I remember exactly where I was and who I was with and what I was doing and how I felt on that horrible day, and I’m sure the same is true for all of you. So the 20th anniversary of that horrible day is too big a milestone to ignore – but what else is there to say? And how does it connect to Shabbat Shuvah?

The rabbis say that Shabbat is the essence of teshuvah, and Shabbat Shuvah is the pinnacle of the days of repentance that fall between Rosh Hashanah and Yom Kippur. The Hebrew letters for Shabbat are the same as the Hebrew letters for tashuv, the imperative form of the verb to repent or return.

The Slonimer rebbe, a 20th century Hasidic rabbi, taught that there are several reasons Shabbat Shuvah is a peak time for repentance. There’s a line in the Song of Songs, אֲנִ֥י יְשֵׁנָ֖ה וְלִבִּ֣י עֵ֑ר, I was asleep but my heart was wakeful. The Slonimer taught that “I was asleep” refers to the days of the week; my heart was wakeful refers to Shabbat. During the week we’re so busy with work, chores, all the running around we normally do, which nowadays would include Zoom meetings, that our souls are asleep. On Shabbat we pause from all that rushing around and activity – we have the space to be more fully present in the moment if we can switch our consciousness to Shabbat mode.

The rabbis teach that a full relationship with God has two sides – yirah, fear or awe, and ahavah, love. Yirah is not all that popular in non-Orthodox circles. We all want to feel God’s love and enjoy singing happy melodies and clapping. But yirah is also important. That’s why our liturgy is so rich in images of God’s awesome power. Yirah reminds us that God is worthy of worship. The Ten Days of Repentance are associated with judgement, which comes from yirah. The imagery for the holidays is being afraid of how we’ll be judged, of what the year has in store for us.

But Shabbat is about love. It’s a sign of God’s love that God mandated a day off for us, no matter how busy our lives may be. In the Lecha Dodi that we sang a little while ago, we sang, shamor v’zachor b’dibur echad, keep and remember spoken together. We have two versions of the Ten Commandments: in one of them we’re commanded to keep or guard the Sabbath, in the other to remember the Sabbath.

Guarding the Sabbath is understood as the negative commandments, the things we refrain from doing on Shabbat, which is coming from yirah, from fear or awe. Remember the Sabbath are all the positive things we do to make Shabbat special – having a special meal, lighting candles, making kiddush. And those things come from love. The midrash explains the two versions of the Ten Commandments by saying yirah and ahavah were pronounced by God in a magical way that only God could do that was both at the same time. On Shabbat we have a balance between yirah and ahavahwhich is seen as the ideal. So today, even though we’re in the midst of the ten days of repentance, a time of judgement and yirah, we also have the presence of God’s love.

There are many famous stories of acts of kindness that were done for people on 9/11. The shoe store that gave away running shoes to women wearing high heels who had to walk miles to get home. The town in Canada that took thousands of travelers into their homes and hearts after trans-Atlantic flights were ordered to land immediately. Here are a few lesser known stories of acts of kindness on that horrible day, stories that perhaps can inspire us to act with more kindness in our own lives.

On September 11th, 2001 my dad caught a flight in Ohio to fly home to Denver. He was there on business and was anxious to get home to see his family.

Shortly after takeoff, the pilot announced that the flight was being grounded. There was a breach of security and they had to land at the nearest airport. That airport was in Omaha. The pilot said he was hoping to have more information for the passengers when they landed. (2/11)

My dad knew something was wrong, so as soon as he got cell service, he called one of the rental car companies and asked to rent the biggest van they had. At this point they were still in the air. (3/11)

When he deplaned and heard what was happening, he made his way to either Avis or Hertz (we aren’t sure which one he called), got the van, parked, and went back to the terminal. He found a cardboard box by a trashcan and asked to borrow a sharpie from a ticket agent. (4/11)

He made a sign out of the box that said “GOING TO DENVER” on it. People started approaching him asking if he was going that way. He said yes, he rented a van and he would be able to take 7 people with him. Word started to get around. (5/11)

He found 7 strangers, all scared (so was he), that just wanted to get home to their families.The 8 of them hopped in and my dad drove them from Omaha to Denver. When they got to the metro area, he drove every single person to their home. (6/11)

If you know the Denver area, it’s big. There are many suburbs in the area. But each one got front door service. They all offered to pay him for the cost of the van. He wouldn’t accept it. They offered him gas money. He didn’t take it.  (7/11)

To him, seeing those people make it to their families when the country was being attacked was the only thing that mattered to him. Many of those people kept in touch with him for several years after 9/11/01. It warmed his heart. We were so proud of him. We still are. (8/11)

My dad died from brain cancer on July 24, 2016. I often wonder if those people still remember him. I wonder if on the 20th anniversary of that day, will they think of him for a split second when they reflect on where they were?  (9/11)

To those seven people who got home that day, her dad was a real hero. There’s no question they think of him every year on the anniversary.

Rabbi Alvin Kass is the Chief Chaplain, and only Jewish chaplain, on the NYPD. He shared this story:

I headed to St Vincent’s Hospital to check in on injured police officers. When I arrived, I encountered probably the largest officer I had ever seen. Police officers generally have rather impressive physiques, but this guy was more ripped than anyone I’d ever seen before.

We sat down together, and I told him that I also felt like crying, because this was a terrible, horrible thing that had just happened. I also told him that, as police officers, we’ve got to do our best to keep our own personal impulses under control in order to be able to help other people through it.

After he calmed down, he told me that he had been a member of the last class to graduate into the force just weeks before. Imagine starting a new job and being confronted by an epic event of this nature — it was absolutely overwhelming, a baptism by fire.

One of the things I learned in my chaplaincy class in rabbinical school is that there are no magic words to say at times of extreme personal duress. The most important thing we can provide is simply our presence. Most of the time all it takes to “be there” for someone in a time crisis is to be there. Physically and emotionally.

The turning we do at this time of year isn’t only turning away from sin. Just as important – maybe even more important – is turning toward the good. To be a mensch. To help others.

On Rosh Hashanah we sang hashivenu Adonai alecha v’nashuva, turn us toward you God, and we will return. There are many many people who need our kindness – refugees from Afghanistan, people who’ve lost homes to floods and fires, and I’m sure we all have friends or family with their own personal struggles and challenges.

At the dawn of a New Year, may God strengthen us in our efforts to be a force for good, 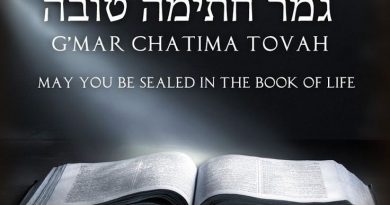 Rosh Hashanah 5778 – Which Book Will You Write Yourself Into?