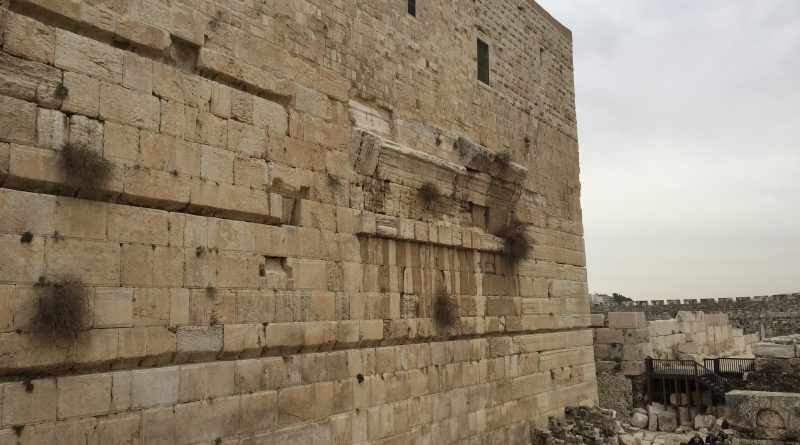 The Shabbat I just experienced here in Jerusalem highlighted for me two of the things I love about Jerusalem. The people and the community on the one hand, and the place and the history on the other hand.

Being a Conservative rabbi in America can be kind of a lonely experience. In rabbinical school we spend a few years in an intensely Jewish environment, typically living in some of the few neighborhoods in America where you can have a similar sort of community. Then we go out into the world and serve communities where for the most part we don’t have the same kind of community we had in school. In a typical Conservative synagogue, there are often very few people who live walking distance to the synagogue, and a small percentage, maybe 5-15% of the households keep kosher and observe a traditional Sabbath.

In Israel it’s very different. Reform and Conservative synagogues are filled with people who live walking distance to the shul, who keep kosher and keep Shabbat. The way I live is just normal. I’m certainly not the most religiously stringent in the community. In fact, in Israel I belong to three synagogues: one Conservative, one Orthodox, and one Renewal. They each have different things they offer. Note that membership fees in Israel are a fraction of what they are in America.

Last night I went to the Conservative shul I belong to. The weather is lovely, so with the coronavirus in mind we have services outdoors. I sat in the back (something “the” rabbi doesn’t get to do when leading a congregation) and enjoyed the lovely weather and spirited davening. I sat off by myself and was able to go at my own pace. We shared a l’chaim with some bourbon in honor of a couple who recently joined the ranks of grandparents. A real feeling of community.

I then had dinner at a friend’s house where we had 6 guys at the table (he has three sons). That’s also something unusual for me, since I have five daughters, I’m more used to being the only guy at the table. In addition to enjoying the meal and the rituals, all through the meal and for a while after I had an animated discussion over questions of theology and halacha with the kids, ranging in age from 16 to mid-20s. There’s nothing that warms a rabbi’s heart more than young people who are engaged with questions about Judaism, who are seeking, even if they are full of doubts at that point in their life. But they’re engaged in wrestling with deep questions.

Today was focused on the place. I rode my bicycle 20 minutes to get the Kotel, the Western Wall, the holiest place in Judaism. On my ride I rode past the King David Hotel, certainly the most historically significant hotel in Israel, a place that has hosted presidents, prime ministers and celebrities of all sorts, a place that was bombed by Jewish terrorists trying to drive the British out in 1946. I rode past Mamilla, now home to luxury apartments that sit vacant most of the year, owned by wealthy foreigners, that was “no man’s land” between 1948 and 1967 with Jordanian snipers occasionally picking passersby off. I rode in Jaffa Gate, through the walls of the Old City that were built by Suleiman in the 16thcentury, past the Tower of David, a Mamluk/Ottoman era tower built on 2000-year-old Herodian ruins. I rode through the Armenian Quarter, home to an Armenian community for 1,700 years, and through the Jewish Quarter, which had been largely destroyed in the War of Independence, now rebuilt.

I went to the egalitarian section of the Kotel, which I expected to have to myself, and I did. I got there a little after 10am, the weather was beautiful, but the sun was starting to warm things up. The shady area close to the wall was closed, but I was able to find a little shade.

It was very calm and peaceful. I was the only worshipper. I could hear some prayers coming from the Orthodox section of the Western Wall in the distance. An occasional few tourists came by. None of them really stopped to experience the place – it seemed they all just came, took a quick look, and left.

I sat there wondering what it was like there exactly 2,000 years ago, in the year 21 CE. The Temple was still in full operation. Judea was under direct Roman rule. Jesus was alive but had not yet started his ministry. The Houses of Hillel and Shammai were having disputes; Hillel was dead, but Shammai was still alive. It wouldn’t have been so peaceful sitting there 2,000 years ago – no doubt on the Sabbath there would have been crowds, noise, a very different experience. Instead of the Golden Dome of the Rock towering over me the Temple in all its glory would have been there. The monumental staircase of Robinson’s Arch would have been very nearby.

My prayers felt very focused. I recently re-studied a teaching from Rebbe Nachman about when we pray, we put together letters into words and the words into blessings, and the blessings into prayers, like picking flowers and making a bouquet. I momentarily felt like my words were coming together into a great bouquet.

When I came to the line in the psalm for Shabbat about how they praised God with music of the lute and the melody of the harp, I was reminded I might have been able to hear music 2,000 years ago – the Levites played in the Temple on Shabbat.

I didn’t recite all the psalms and prayers in the traditional “warm up” section – instead I followed the teaching of the Kotzker Rebbe that a “little with kavanah is better than a lot without,” and felt very focused and connected with the words that I did recite, which I recited slowly with full attention, feeling connected to the place, to God, and to the generations of Jews who could only dream of Jerusalem.

Experiences like that recharge my spiritual batteries, and the memory of those experiences sustains my prayers when I’m in far off places such as Las Cruces, New Mexico. Feeling spiritually renewed I hopped on my bike, rode home, had lunch, and took the statutory Shabbat afternoon nap. 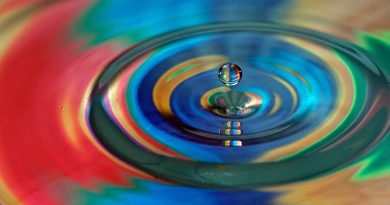