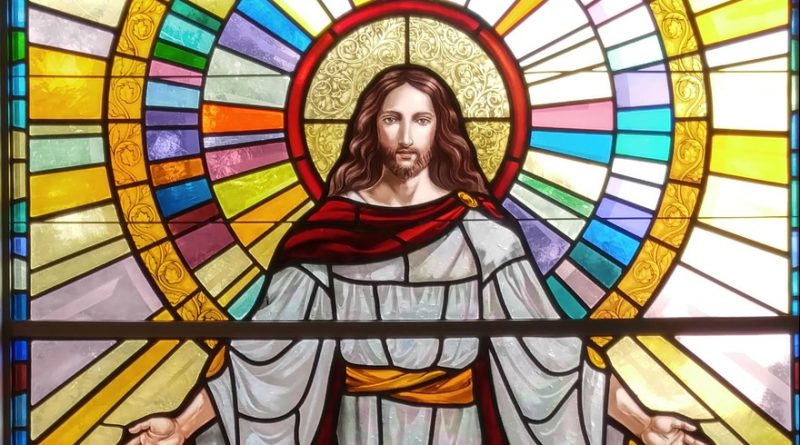 But I never learned just what it is that Jews THINK about Jesus. Was he a heretic? A prophet? A rabbi? Jewish or Christian?

There is no single definitive view on the subject. What follows are my thoughts on the subject after having done a fair amount of research.

In this talk I’ll go through some of the reasons for why I believe what I do, but in general I believe Jesus was at the liberal end of a group we can call the “proto-rabbis,” rabbis who lived prior to the establishment of rabbinic Judaism, which didn’t really start until forty years after Jesus’ death with the destruction of the Temple.

Jesus as Son of God

Jews don’t believe Jesus was the son of God, or that Mary gave birth to him as a virgin.

Interestingly, there is a very strange passage in the Torah just before the Noah story – one that rabbis usually skip over when looking for sermon subjects for that parsha – a passage that says b’nei Elohim, literally “sons of God,” sometimes translated as “divine beings” cohabitated with daughters of men and got them pregnant. The Torah says, “they were the heroes of old, the men of renown.”

Isn’t that kind of like what the Christians say about Jesus?

The classic rabbinic interpreters mostly rejected the idea that these were divine beings. They put different spins on it – sons of judges, sons of princes. Although Rashi says one possibility is they WERE divine beings, angels.

I think this passage is a holdover from pagan times – those offspring which are referred to “the heroes of old,” were indeed what in Greek mythology are known as demigods: the offspring of one of the gods and a mortal.  Achilles, for example was the offspring of a water goddess, Thetis, and a mortal man, Peleus. Heracles was the son of Zeus and a mortal woman, Alcmene. There’s a long list.

Judaism strongly rejected the idea of God, or any other divine being, either making mortal women pregnant or being impregnated by a mortal man.

Hyam Maccobi, in his book, “The Mythmaker: Paul and the Invention of Christianity” argues that aspects of Judaism that are seemingly totally alien to Judaism, such as the virgin birth, didn’t come from Jesus, but rather were introduced by Paul as he took his ministry to the pagans. Adding elements such as this to the story made the Jesus story sound more comfortable and familiar to pagans, easing their entry into Christianity.

Jews don’t believe that Jesus was the Messiah for a very simple reason: the world is still a very broken place. The verses in Isaiah that talk about a time of peace and prosperity, the lion lying down with the lamb and all that, have not been fulfilled.

There have been many other “would be Messiahs.” At one time, as many as a fourth of the world’s Jews believed Shabtai Tzvi was the Messiah. Most Jews gave up on that belief after he converted to Islam at swordpoint, but some maintained he had simply gone into “deep cover.” A small group in Turkey continued to believe he was the Messiah into the early 20th century. Rabbi Akiva, one of more most revered rabbis from the 2nd century, believed that Bar Kochba was the Messiah. His followers though knew he wasn’t the Messiah when the rebellion was crushed and Bar Kochba was killed.

The Chabad branch of Hasidic Judaism is surprisingly similar to early Christianity. Many (if not most) Chabadniks believe the late R. Menachem Mendel Schneerson will come back from the dead as the Messiah. That’s more or less what the early Christians believed about Jesus. The early Christians were Jewish to all outward appearances, bringing sacrifices to the Temple, circumcising their sons, etc.

What the Jews are waiting for is what Christians call “the second coming.” Early Christians were convinced it was going to happen any moment. 2,000 years later Christians are still waiting.

Jesus as a Person

I think there’s little question that a person named Jesus who was believed by many to be the Messiah existed.

Not only is it unlikely that the Gospels, the earliest of which was written 30-40 years after Jesus’ death were entirely fiction, there are a number of sources outside the New Testament that mention Jesus, including the Jewish-Roman historian Josephus.

Jesus as a Rabbi

Jesus clearly was a skilled teacher and preacher. Many of the teachings reported in Jesus’ name are teachings that are very much in line with Jewish teachings of his day. Rabbis would probably quote Jesus all the time if the things he said were found in the Mishnah instead of in the New Testament.

As an example, I like to ask people, “which famous rabbi said “the two most important commandments are v’ahavta l’reiacha k’mocha, love your neighbor as yourself, and v’ahavta hashem elokecha, love the Lord your God, a line from the Shema. People will scratch their heads and say “Rabbi Akiva? Hillel?” It was Jesus.

Many things Jesus said are also found in the Mishnah or other Jewish sources, for example, in Matthew 23 Jesus says, ““For those who exalt themselves will be humbled, and those who humble themselves will be exalted.” Proverbs 29:23 reads, “A man’s pride will humiliate him, but a humble man will obtain honor.”

During his ministry Jesus clearly aligned himself with the common people, not the snobbish rabbis. We see this in Matthew 15, where the Pharisees tell Jesus, “Why do your disciples transgress the custom of our elders? For they do not wash their hands when they eat bread.”

Even though it’s now common for all religiously observant Jews to wash their hands before eating bread, in the days of Jesus only priests were required to do so. The Pharisees adopted the custom as well, as a show of piety. But ordinary people didn’t. This was one of the markers the rabbis used for who was a chaver, a fellow Pharisee, one of the “in crowd.” It wasn’t strictly required. Jesus responds by accusing the Pharisees of being hypocrites, failing to honor their parents.

When Jesus says “A man is not defiled by what enters his mouth, but by what comes out of it,” it doesn’t mean you don’t have to keep kosher. It means your words are even more important.

This is similar to what we read in the Haftorah on Yom Kippur morning – when we’re fasting, and we read Isaiah saying, “Is this the fast that I want, a day for man to afflict himself? Do I want him to bow his head and wear sackcloth and ashes? Is this what you call a fast and a day of favor for Hashem? No, this is the fast I desire: To unlock fetters of wickedness and untie the cords of the yoke to let the oppressed go free; to break off every yoke.”

I think Jesus is saying the same thing. In Matthew chapter 5, Jesus says, “Don’t misunderstand why I have come. I did not come to abolish the law of Moses or the writings of the prophets. No, I came to accomplish their purpose.”

Was Jesus a Pharisee?

Hyam Maccobi makes an interesting argument that Paul, who is portrayed as a former Pharisee, actually was not a Pharisee, but Jesus was. He bases this on a close reading of texts, showing Paul used a Talmudic argument, a kal v’chomer argument (ex fortiori) that was so flawed no self-respecting Pharisee would have advanced it. This led him to conclude Paul was a “Pharisee wanna be,” whereas Jesus actually was a Pharisee.

In an interesting paper titled, “The Halakhah of Jesus of Nazareth According to the Gospel of Matthew,” Rabbi Philip Sigal argues that Jesus was a “proto-rabbi.” Instead of seeing the Pharisees as the precursors to rabbinic Judaism, he sees the Pharisees as a small, especially stringent sect, similar to the Essenes, the pietistic perushim mentioned in tannaitic literature. According to this school of thought, which I agree with, Jesus was more aligned with other more liberal rabbis against the ritual strictness and hypocrisy of the Pharisees.

Jesus likely studied with rabbis (as recorded in Luke 2:46-47), although we don’t know exactly which rabbis he studied with. He was generally aligned with more liberal positions, such as on the laws of Shabbat, but in some cases, such as the laws of divorce, he was in the stricter camp.

Early Christians, for the first four or five decades after Jesus’ death, really were “Jews for Jesus.” They did everything the other Jews did: kept kosher, observed the Sabbath, circumcised their sons. It was only after the destruction of the Temple, that the Christians and Jews truly separated.

If the separation had never happened, Jesus probably would have been remembered among the other teachers of the day, and he would be quoted in the Mishnah.

Even Maimonides acknowledges Jesus and Mohamed both did something good:

…Almost all people have through them (Jesus and Mohammed) become acquainted with the idea of messiah, with the words of the Torah and the Divine precepts. Through them the knowledge of the Bible spread even unto the remotest islands and unto many nations ‘uncircumcised’ in heart and uncircumcised in flesh…

When the Messiah does eventually show up, we can ask “have you been here before?” In the meanwhile, Jews and Christians share a common heritage, and have much to learn from each other. 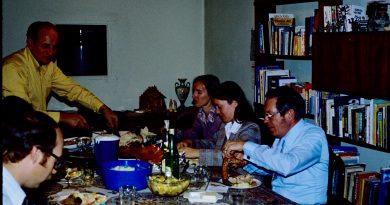 The Jewish Roots of Thanksgiving