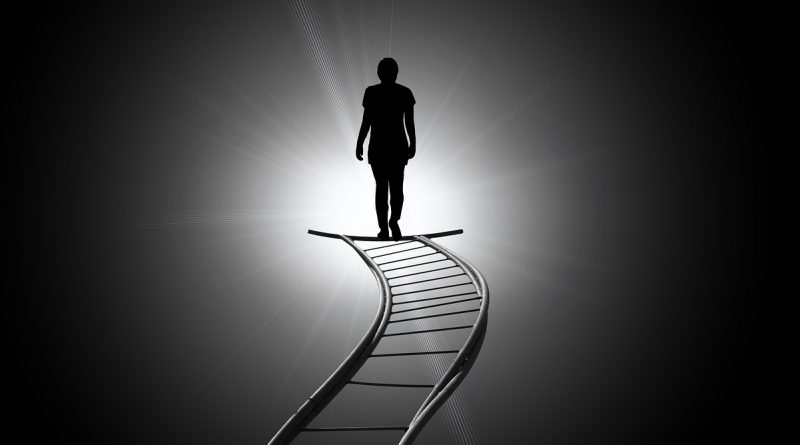 There’s a story about a Jewish atheist who went to visit the famed Great Heretic of Prague. He shows up at the house at the appointed hour on Friday night, only to have someone shush him while they light Shabbos candles.

They sit down at the table for a meal and the Great Heretic himself makes kiddush, washes his hands, and recites the motzi over the bread.

The atheist is dumbfounded. “What’s going on here? You’re the Great Heretic of Prague, a man who’s written books and given lectures that there is no God. But you obey the Shabbat commandments?”

We’re Jews. We do Jewish stuff. We obey the mitzvot, some people more than others.

This week’s parsha, Vaetchanan, includes a lot of mitzvot. According Rambam, there are 11 positive and 15 negative commandments in this week’s Torah reading – including the “top 10,” the Ten Commandments.

One of the commandments is to observe the Sabbath. That commandment is sufficiently important it’s repeated several times in the Torah. But the Torah doesn’t really give us details on HOW to observe Shabbat. For that we have to turn to the rabbis and the Talmud, and in that source, we can find thousands of detailed laws piled on top of that one law. There is little basis in the Torah for many of the rules. The rabbis in the Talmud call the laws of Shabbat “mountains of halacha hanging on a thread.”

Does following the rules to a greater level of stringency make someone a better Jew?

Does God hate you if you tear toilet paper on Shabbat?

Are you a better Jew if you walk to the synagogue on Shabbat, rather than drive?

The Conservative Movement has long used a model of a “ladder of observance.” I believe it’s time to retire that model.

There were good intentions in coming up with that model. The idea behind the model was that a lot of people who belong to Conservative synagogues aren’t all that religiously observant, and they wanted to say that’s OK, there’s always room to “climb the ladder” and grow in observance, take on doing more mitzvot.

The problem I have with that model is that if you say greater observance is better in many minds that will mean that Orthodox is somehow better Conservative, and ultra-Orthodox is somehow better than plain old regular Orthodox. Once you go down that path, ein sof l’dvar, there’s no end to it, and you can get so caught up in the details you lose sight of the big picture.

To get into rabbinical school I had to fly to LA for an interview with an admissions committee. One of the rabbis on the panel asked me, “What do you hope to accomplish as a rabbi?” I replied, “I want to build observant Conservative communities.” He answered, “What makes you think you’ll succeed where my generation failed?”

I stammered out a somewhat lame answer about building on the work of preceding generations and so on.

I can report that I completely failed in that endeavor. Yes, a few people may have been inspired to take on a few more mitzvot after a sermon, or more likely after experiencing a Shabbat dinner at my home. But I don’t think I ever really moved the needle appreciably on overall level of observance in a community.

But that begs the question of “why was that my goal?”

It wasn’t about God. It was about community.

When Chabad tries to get you to put on tefillin or light Shabbos candles it’s because they believe that if they get enough Jews to do enough mitzvot it will bring Moschiach, the Messiah. For many Chabadniks, that means Rabbi Menchem Mendel Schneerson will return from the dead.

But bringing the Messiah, whoever he, she, or they are, wasn’t my goal. Instead of commenting about the failure of his generation, the rabbi who asked me about my goal should have followed up with “why?”

The reason I wanted to do that is because I had fallen in love with the approach of Conservative Judaism as a spiritual path, as a way to connect with God, and I wanted to live in a community of like-minded people. And I was sufficiently in love with the approach I thought all I would have to do is show people how beautiful and meaningful it is, and of course they’ll see the light, and I’ll be able to create that kind of community.

For someone in his 40s, I was a little naïve.

So why do we obey whatever rules it is that we do obey? When I was in rabbinical school I had three hour long class on just that one subject with Rabbi Elliot Dorff. There are a lot of reasons, but the real bottom line for me is two-fold. We mostly obey the commandments either as a way to connect with God, or as a statement about being part of a particular community.

I know people who are Conservative Jews who live an Orthodox lifestyle because they like the community. They want to live in a community where people take learning seriously, where other people observe Shabbat and kashrut, and if they have to compromise on their egalitarian beliefs, or refrain from flipping light switches even if they believe it’s OK, they will.

It’s one of the things I love about living in Israel. I have a community of people who relate to Judaism much the same way that I do. But that’s also a lesson – if you want to live in a community that lives Judaism a certain way, you’ll have much better luck switching the community you belong to than in trying to change the customs and norms of the community you live in.

And I like to think I’ve had at least a little success in leaving some communities stronger by the time I left than they were when I arrived.

Religious observance isn’t a ladder. Someone who eats only glatt kosher is not a better Jew than someone who only keeps regular kosher. In fact if all you do is not eat bacon because you’re Jewish, you’re keeping kosher. You’re changing your behavior based on your beliefs and your community.

I think a better model for observance than a ladder is to think of observance as a path. And that’s really what halacha means anyway, it comes from the same root as the verb to walk. There are many paths. Some people prefer a path in the mountains, some along the beach, others enjoy feeling the energy of a walk in the city. Who’s to say one path is superior to another path? Everyone has to find the path that works for them, that resonates with their soul.

A rabbi isn’t someone holding the ladder for you to climb or climbing the ladder on your behalf to report back what it’s like up there close to God. A rabbi is a guide who can help you find your own path.

In some of the darkest days our people faced, in one of the concentration camps during the Shoah, the Jews put God on trial. They accused God of violating the covenant He made with the Jewish people. They debated both sides, took a vote, and found God guilty.

And right after that someone called out, “Mincha!” and they all stood to pray the afternoon prayer.

The Heretic of Prague would have approved. 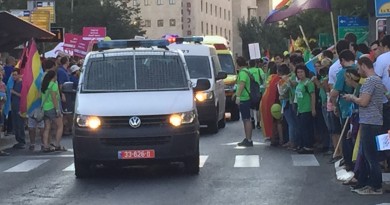 Vaetchanan 5775 – Thou Shalt Not Murder