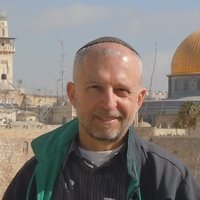 He’s changed careers as often as some people change jobs. For his first career, he worked as a high-tech executive and entrepreneur in California’s Silicon Valley for 20 years. He started a high-tech manufacturing firm and served as CEO as it grew from nothing to 90 employees. He has a PhD in Business Administration from Golden Gate University in San Francisco.

Career number 2 was being a congregational rabbi — going to school (he was ordained by the Ziegler School of Rabbinic Studies in Los Angeles) and serving congregations in Tucson, Vancouver (Canada), and Toledo made for a nearly ten year Sabbatical from the business world.

Career number 3 had Rabbi Leff back in the business world, consulting in management and marketing, and doing online marketing including websites, blogs, papers, and social media marketing for clients mostly in the US. He is a co-founder of Tek-Law Services, Ltd.

He’s had three careers, but lots of other jobs, including charter pilot, restaurant manager, electronic warfare specialist in the US Army, salesman, and bouncer.

A frequent flier, Rabbi Leff has been to over 70 countries. Born in Germany, he has lived in Thailand, Iran, Canada, the US and Israel.

He’s also a flight instructor, and prefers flying the airplane himself, but El Al refuses to cooperate.