Today is Shmini Atzeret – a day the Torah tells us is a holiday in its own right, separate but connected to Sukkot.

We’ve gone from two days of Rosh Hashanah to Shabbat Shuvah to the intensity and fasting of Yom Kippur to a week of Sukkot, extra prayers yesterday on Hoshanah Rabbah, all leading up to today – Shmini Atzeret, and tomorrow Simchat Torah.

I am almost embarrassed to admit that this time of year I often start to feel “oy, enough with the holidays already!”  I feel guilty that I breathe a sigh of relief with the approach of Cheshvan, the next month on the Jewish calendar, the only month of the year that does not have a single Jewish holiday.

I think the problem is that nowadays we are living lives that are very much out of synch with our ancient calendar.  2000 years ago, I suspect the whole community mostly took the month of Tishrei off.  Trying to get anything done in Israel during Tishrei back then would probably have been like trying to get something done in France in August – which is to say, pretty much impossible.

Today, instead, during the midst of what is supposed to be this festive period of communion with God, we squeeze the extra prayers, meals, fasting, and sukkah construction into schedules crowded with going back to school, with work, with extra-curricular activities of all sorts.  For those of us who are clergy, we have extra services to prepare for, extra sermons to write, and all of the “regular” work of visiting the infirm, teaching classes, dealing with administrative issues, and meeting with bar and bat mitzvah students continuing in full force.  I suppose it’s no wonder that many of us, but most especially the “professional Jews” in the community start to feel a little burned out with the intensity of the month of Tishrei.  With so much to do, it’s no wonder we have trouble connecting with spiritual essence of this additional holiday of Shmini Atzeret.

With all that, Shmini Atzeret is actually a very appropriate sort of holiday to bring to a close the holiday season—and it sort of fits that mood of “enough intensity already.”

In principle, Shmini Atzeret is a pilgrimage festival in its own right: up there in importance with Sukkot, Passover, and Shavuot.  Yet it’s definitely the “mellowest” and least demanding of the holidays.  Take a day off from work, have a nice meal.  Unlike Passover there’s no going crazy to get your kitchen and food ready, unlike Shavuot you don’t have to stay up all night (or as late as you can) studying Torah, unlike Sukkot itself you don’t have to build anything, buy any obscure forms of produce to wave in the air.  If the weather’s nice and you want to eat in your sukkah you can, but it’s not a requirement, it’s not a mitzvah, there’s no blessing to say if you do. It’s just a day to hang out.

The rabbis tell us that just hanging out with God really is the spiritual purpose of the holiday.

Leviticus chapter 23 gives us the basic commandment to observe today as a holiday.  After being told that we will observe Chag HaSukkot, the Festival of Booths for seven days, we are told that the eighth day will be holy gathering, we should make an offering to God; atzeret he.  Atzeret is often translated in context as “solemn assembly” but the word itself also means to stop.

In his commentary on this verse, Rashi picks up on this other meaning of atzeret.  God says “I have stopped (atzarti) you at my place (I have kept you here).” Rashi likens this to a king who invited his children to a banquet lasting many days. When the time came for the children to take their leave and go on their way, God said, “My children! Please stay with me one more day, it’s hard for me to say goodbye!”

After all the intensity of the last three weeks – and all of the demands, liturgical and otherwise – God just wants to have a little more laid back quality time with his people.

It’s a lovely mood, and one that most of you here today – mostly the synagogue regulars – can probably appreciate.  As Proverbs says, b’rav am hadrat melech, “In the multitude of people is the king’s glory” – Rosh Hashana and Yom Kippur, with their big crowds, do have a certain undeniable majesty and glory.  Even during the days of the Temple, even if there was a mystical time when everyone was more observant, Sukkot was a time when in theory there would have been a lot of other visitors.  The Talmud tells us that the 70 bulls that were offered during the week of Sukkot corresponded to the then 70 nations of the world.  So during Sukkot we had a lot of company, at least in a spiritual sense if not in a physical one.  But on Shmini Atzeret there is just one bull offered, par yechidi—for what the Talmud calls uma yechida, a single, or unique nation—which of course is Israel.

So all the others nations have left, it’s just God and us, the children of the king, together for one more day.  The Talmud says it’s like a mortal king who said to his servants “Prepare for me a great banquet,” but on the last day he said to his beloved friend “Make a seudah k’tanah, a simple meal, that I might enjoy your company another day.”

The Zohar elaborates on this idea in its commentary on Shmini Atzeret: ON THE EIGHTH DAY SHALL BE AN HOLY CONVOCATION UNTO YOU. This is because this day is from the King alone, it is his day of rejoicing in Israel. A king invites some guests, and while they are there all the household attend on them. When they depart the king says to his household, Till now I and you have all of us been attending to the guests; now I and you will rejoice together for one day.  So God said: Up to now you have been bringing sacrifices for the other peoples, now bring one for yourselves.”

And we can still use that one last sacrifice.  Even though we have this powerful imagery at Neilah on Yom Kippur of the gates closing, we are told that the judgment for the New Year isn’t REALLY finalized until today, Shmini Atzeret.  On Rosh Hashana the judgement is written, it is signed on Yom Kippur, but it isn’t finally sealed and concluded until today.  The Zohar teaches regarding Rosh Hashana, “If a man repents in time, his sentence is torn up. If not, he still has a chance on the Day of Atonement. If still his repentance is not perfect, his sentence is suspended till the last day, the eighth of the Feast of Tabernacles, after which the sentences are no more returned to the court of the King.”

We’re now REALLY done with our annual period of being judged; so for better or worse we can relax.  And there is an important message for us in this more laid back holiday.  Yes, we can feel the presence of God when there is great glory and majesty and crowds of people together.  But God’s presence is not only the powerful presence of King we invoke on Rosh Hashana and Yom Kippur; it’s also the more familiar and intimate Father, just the family, together for a more private moment.

As we prepare to take our leave of the holiday season, let us remember that God’s sheltering presence is with us always, whether we are experiencing the “glory of the king” with the multitudes on Rosh Hashana and Yom Kippur, whether we are sitting at home or in a simple sukkah, whether we are together in shul or by ourselves with God and our thoughts. 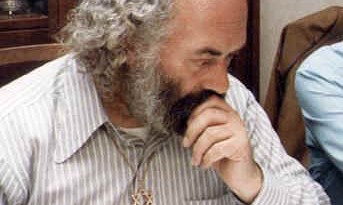