Why should 32 students and teachers at Virginia Tech have had their lives cut so tragically short?

Austin Cloyd was one of Cho Seung-Hui’s youngest victims. The 18-year-old freshman loved to act, to sing, play volleyball, read, go shopping. She was always dressed just so. A friend remembers a trip to Old Navy taking 90 minutes of careful analysis. Bailey Hampton, a 17-year-old friend from Illinois, said she was “high-maintenance, in a good way.” Always put together.
She was a dean’s list student in the honors program. She was striking, very tall, with pale skin and bright red curly hair, a big smile. Chris Nicosia, a freshman, remembers turning around at the Justin Timberlake concert last month and seeing her there unexpectedly, dressed in red, completely dazzling him.

Why was that radiant life filled with so much promise cut so short?

Equally difficult to understand is why Liviu Librescu should have survived the horrors of the Shoah, survived a Nazi labor camp, only to be killed, on of all days, Yom Hashoah, Holocaust Remembrance Day. Professor Librescu, resident of the United States, citizen of Israel, and native of Romania, has been named a hero by all three governments for his bravery and self-sacrifice. When the shooting broke out instead of fleeing for his life he personally blocked the door to the deranged gunman so that his students could escape out the windows.
Professor Librescu had a distinguished career. A professor of aeronautics, he specialized in arcane fields like “dynamic instability of elastic and viscoelastic structures” and “aeroelastic optimization.” Over the course of a lengthy academic career, he won many honors, sat on many academic boards, and served as an editor to several scientific journals. By any measure, he led an extraordinary and accomplished life.

Professor Librescu’s life and death is an inspiration to us all. But shouldn’t he have been entitled to live out the rest of his days in peace and quiet? His death seems so unfair.
The other 30 victims comprise a true cross-section of America’s melting pot. Mostly students from up and down the East Coast, some from as far away as India, Indonesia, and Egypt. Professors from Georgia, Montreal, India, and one, Kevin Granata, from right here in Toledo, Ohio. Seung Cho’s wrath had no discrimination. He was not targeting anyone in particular, he was targeting everyone.

The news has been filled with reports and speculation as America tries to make sense of the senseless tragedy.

Why does America seem to have more than its fair share of crazy people who go on killing rampages?

The same thing that makes America a great place makes America a little bit more dangerous than some other places. And that is the tremendous value and premium we place on liberty. The guns that Cho used were legally purchased at a store across the street from the university.

Already there are those using this tragedy as a reason to promote gun control. But whether or not gun control is a good idea, most gun control proposals would have done absolutely nothing to stop this tragedy. An assault weapons ban would have made no difference, as the pistols Cho used do not qualify as assault weapons. A requirement to register guns would have made no difference, since Cho would still have been eligible to purchase the guns.
Our freedoms in this country include the freedom to be eccentric. More than eccentric. Two plays that Cho wrote for a creative writing class have been posted on the Internet. Some say that just from reading his plays, it should’ve been obvious that something should be done about this young man. But the truth is there are thousands and thousands of college students who write equally dark and violent stories. If the script for Quentin Tarantino’s movie Pulp Fiction had been submitted to a creative writing class, would someone have said the author should be put away?

There were certainly plenty of warning signs regarding Cho, beyond his dark writings. A former classmate of the Virginia shooter said on Tuesday “When I first heard about the multiple shootings at Virginia Tech yesterday, my first thought was about my friends, and my second thought was “I bet it was Seung Cho.”

God does not directly answer Cain’s question. But as God makes clear in the rest of Her Torah, we ARE supposed to be our brother’s keeper. But what does that mean? Yes, we should be concerned about others; but what about ourselves? How do we protect ourselves from people who are dangerous?

In this week’s Torah portion, Tazria-Metzora, we read about one approach to people who are dangerous. The Torah tells us “And the metzura in whom the disease is, his clothes shall be torn, and his head bare, and he shall put a cover upon his upper lip, and shall cry, “unclean, unclean.” All the days when the disease shall be in him he shall be unclean; he is unclean; he shall dwell alone; his habitation shall be outside the camp.”

A person who had a disease that was feared to be spiritually contagious was to be secluded, sent outside the camp where he couldn’t infect or harm others. But with Seung Cho perhaps the problem is that he was outside the camp at all; maybe more should have been done to draw him into the camp and social community.

Seung Cho and other mass murderers are typically described as “loners.” Seung Cho was socially isolated. He had no friends, he hardly spoke to anyone. He was living “outside the camp.”

The Jewish tradition understands being forced to live outside the camp as a form of punishment. Cherem, being put under the ban, being excommunicated, was considered one of the most severe forms of punishment that the rabbis could impose on someone. While there are some people who relish solitude, for most of us a life alone, a life away from family and friends, is powerfully unpleasant. From his incoherent rantings on the video that he sent to NBC, it is clear that Cho felt a lot of pain, he felt that he was outside the camp and that others had put him there.

But it also seems clear that it is Cho himself who put himself outside the camp. Several students reported making attempts to reach out to Cho, only to be rejected. Perhaps more could have been done to try and bring Cho into the camp. But if we assume for the moment that this was not an option, because Cho had chosen to exclude himself, perhaps he should have been even further outside the camp.

There are those who argue that Virginia Tech was negligent for not taking more aggressive action against Seung Cho. Cho had been placed in a mental facility 16 months ago; he’d been ordered to undergo counseling. But I’m sympathetic to the situation of the school officials. It seems that schools in America are in a very difficult position in determining how to deal with disturbed students. Universities have been sued for not taking action against students, like Cho, who are considered suicidal. At the same time, universities have been sued for taking action that is seen to violate the privacy of students, even students that are known to be suicidal.

It used to be an America that mentally disturbed people were far more routinely institutionalized. But in the late 1960’s-1970’s state and federal courts ruled that the mentally ill had the legal right to refuse treatment and could not be involuntarily committed to mental institutions unless they posed a clear and present danger to themselves or others. In a way, the courts said you had a right to be crazy; that being crazy in and of itself was not grounds for taking your freedom away. In Cho’s case, he was declared a danger to himself, but not to others, and in accord with Virginia guidelines, he was released. If he had been declared a danger to others, he would have been kept institutionalized. But here’s the problem: how do you tell when someone is a clear and present danger to other people?

Ultimately we are left as R. Yannai teaches in Pirkei Avot: it is not in our power to explain the afflictions of the righteous. We can’t explain the deaths of the innocent. Virginia Tech administrator Larry Hincker said they will “do what we can to prevent anything like that happening again in the United States.” But I’m not sure that there is a lot that we can do. As long as America is a land committed to individual freedoms, we’re not going to have a total ban on all guns, and it is unlikely we’ll go back to the days of more widespread institutionalization of mentally disturbed people. We have to live with not just a possibility, but the probability of other tragedies like Virginia Tech and Columbine. We can tell our children that it’s very unlikely it will happen at their school, but we can’t honestly say it could never happen. But “unlikely” somehow does not provide much comfort.

For comfort Jews traditionally turn to the Psalter, the book of Psalms. We may not be able to understand, we may not have answers to all of our “why” questions, and we are left with nothing to do but to call out to God in prayer, in pain. As the Psalmist tells us in Psalm 121,

May God comfort the families that are bearing this tremendous loss. May God the healer bring healing to those who were injured, and may Kel Malei Rachamim, God full of compassion, grant perfect peace in His sheltering presence to those innocent people who were so prematurely brought to their eternal home, 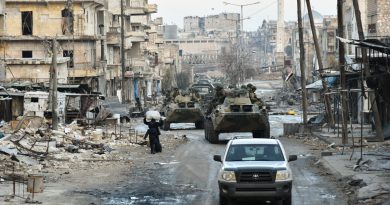 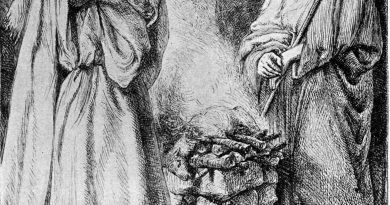 Tazria-Metzora 5778: The Power of Words