Recent weeks have seen too many acts of hatred by Jews in Israel perpetrated against Palestinians:

A Palestinian shepherd from the south Hebron hills was wounded in an attack by Israeli settlers Monday evening (August 27), Palestinian and Israeli military sources said. According to Palestinian medics and witnesses, Ismail Adara, a 65-year-old sheep shepherd from Bir el Eid, was in moderate to serious condition after being beaten by settlers from a nearby outpost. Adara was taken to a hospital in Hebron. No reason was offered for the attack. **I’ve been to Bir el Eid, had tea in the tent of one of Ismail’s neighbors. They are peaceable shepherds, scraping a meager existence out of the barren south Hebron Hills, living in cave/tents. They’ve lived there for generations, they don’t bother anyone, they just want to live their lives.

On Thursday (August 16), a group of Jewish teenagers attacked Palestinians youths in the capital’s Zion Square, injuring three lightly and one severely, while dozens of bystanders reportedly watched the events unfold without intervening. East Jerusalem resident Jamal Julani, 17, nearly died after the attack, according to Jerusalem Police

The nation was shocked again when a court held two 12-year-olds and a 13-year-old in connection with the firebombing of a Palestinian taxi on the same day. The youths live in Bat Ayin, a religious Jewish settlement, and the taxi was hit on a nearby road. The driver and his five passengers were wounded, two seriously.

We have also seen anti-Arab riots after games at Teddy Stadium and “Death to Arabs” graffiti is all too common in our city. This week’s Torah portion, Ki Tetze, contains a commandment that forbids us from hating people you think we would be justified in hating: ﻿ ﻿לֹא-תְתַעֵב אֲדֹמִי כִּי אָחִיךָ הוּא לֹא-תְתַעֵב מִצְרִי כִּי-גֵר הָיִיתָ בְאַרְצוֹ: You shall not loathe an Edomite; for he is your brother; you shall not loathe an Egyptian; because you were a stranger in his land. There are many reasons we might want to loathe the Edomites:

We also have no shortage of reasons why we might despise Egyptians?

So why should we NOT abhor or loathe Egyptians and Edomites? Rashi’s commentary on this verse says “Don’t abhor the Edomite: completely; even though it would be appropriate for you to abhor them since they greeted you with a sword. Don’t abhor Egyptians: even though they threw your males into the Nile. Why? They provided lodging for you in a time of need. The Talmud in Bava Kamma says this teaching about the Egyptians is the basis for a popular saying: “Into the well from which you have once drank water do not throw clods.” The Egyptians were our well, they sustained us, we do not “throw clods” there. The Torah refers to Egypt over and over again – but NEVER telling us to hate the Egyptian, or to go back and take revenge on them. Instead the references to Egypt are universally there to remind us to treat other people kindly. “Do oppress the stranger, for you were strangers in the land of Egypt.” Our experience of being oppressed is supposed to make us sensitive, not turn us to hatred. So where does hate come from? One source of course is a desire for revenge. Any Palestinian attack on Jews – such as the vicious murder of the Fogel family last year – becomes an excuse for hatred and revenge. Another reason is fear. We hate that which we are scared of. As Yoda tells Anakin Skywalker in Star Wars Episode I, fear of losing his mother could cause him to turn to the dark side: “Fear leads to anger; anger leads to hate; hate leads to suffering.” There is another commandment specifically against hating. The rabbis in the Talmud (Arachin 16b) raise a question: ﻿Our Rabbis taught: You shall not hate your brother in your heart. One might have believed one may only not smite him, slap him, curse him, therefore the text states: In your heart. Why is it not enough to simply refrain from hitting? What does it matter what’s in your heart as long as you behave properly? It’s because hatred is bad for the hater. As Rabbi Jonathan Sacks said in a d’var Torah about this week’s parsha:

You cannot create a free society on the basis of hate. Resentment, rage, humiliation, a sense of injustice, the desire to restore honour by inflicting injury on your former persecutors – these are conditions of a profound lack of freedom. You must live with the past, implies Moses, but not in the past. Those who are held captive by anger against their former persecutors are captive still. Those who let their enemies define who they are, have not yet achieved liberty.

There are role models for us of people who refuse to hate. The Parents Circle is an organization of Israelis and Palestinians who have both lost children to violence – either from terrorists or the IDF – who refuse to hate. It’s not only Jews who are able to rise above hatred. Dr. Izzeldin Abuelaish refuses to hate … even though he would have plenty of reason. After reading his book, “I Shall Not Hate,” I wrote the following in this blog:

On that day in 2009 two Israeli tank shells slammed into his home in Gaza, killing three of his children and a niece. The peace activist was in another room; he walked into his children’s bedroom to a sight I cannot comprehend: his children blown to pieces, beheaded, dead and dying. Two additional children were gravely wounded. He called a friend – an Israeli TV journalist to whom he had been giving updates about what was happening in Gaza. The friend was on the air broadcasting, and decided to take the call on the air; he felt something important must have been happening. Live on TV much of Israel heard an anguished father cry “They shelled my house. They killed my daughters. What have we done?” He kept crying, “Oh God, they killed my daughters, Shlomi, I wanted to save them, but they are dead. They were hit in the head, they died on the spot. Allah what have we done to them?” It is widely acknowledged that outrage over the deaths of this gentle man’s children contributed to the cease fire being called shortly afterwards.

But he does not hate:

“But I maintain that revenge and counter-revenge are suicidal, that mutual respect, equality, and coexistence are the only reasonable way forward, and I firmly believe that the vast majority of people in the region agree with me.”

There are too many homes where hatred is taught. Too many yeshivas where they teach that an Arab life is worth less than a Jewish life. We have many teachings that clearly reject such an attitude:

And, of course, the verse from this week’s parsha:

Now some might argue that Edomites and Egyptians were enemies in the past, but they weren’t current enemies when Moses transmitted that commandment from God. The Talmud teaches us that even regarding our current enemies, we don’t pray for their destruction: we pray for their repentance (Brachot 10a):

There were once some highwaymen in the neighbourhood of R. Meir who caused him a great deal of trouble. R. Meir accordingly prayed that they should die. His wife Beruria said to him: How do you make out [that such a prayer should be permitted]? Because it is written Let hatta’im (sins) cease? Is it written hot’im (sinners)? It is written hatta’im (sins)! Further, look at the end of the verse: and let the wicked men be no more. Since the sins will cease, there will be no more wicked men! Rather pray for them that they should repent, and there will be no more wicked. He did pray for them, and they repented.

Readers of this blog know that politically I disagree very strongly with Israeli Prime Minister Binyamin Netanyahu. However I agree 100% with what he said about the recent racist violence:

“In the State of Israel we aren’t willing to tolerate racism and we aren’t willing to tolerate the combination of racism and violence,” Netanyahu said. “This is something that we cannot accept — neither as Jews nor as Israelis. This is not our way; this is opposed to our ways; and we condemn it in word and deed. We will quickly bring to justice those responsible for this reprehensible incident.” 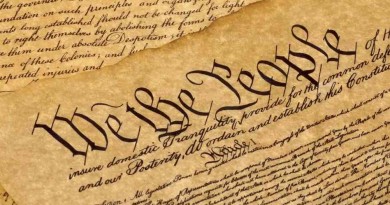 Shabbat Zachor 5771: Can we forget Amalek?