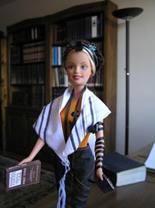 A few months ago there was a debate on Facebook about whether the Conservative Movement should pass a teshuvah (Jewish legal opinion) that says women have the same obligation as men to put on tefillin (phylacteries) every day. In addition to the halachic (legal) questions, a friend tossed some theological questions into the debate: who is it that commands, anyway? In essence, does God care one way or the other whether women put on tefillin?

As I was mulling this question over I realized my personal theology has been evolving. I haven’t done enough research yet to have figured out whether where the questions have led me is to something truly new (I doubt it) – but my current thinking doesn’t fit with any of the “standard” approaches to revelation that I’m familiar with.

In general the Orthodox answer to “who commands” is “God, as interpreted by the rabbis,” and the Talmud in fact specifies that “rabbinic” commands are to be treated with the same level of importance and authority as “biblical” commands. The Reform answer is generally that people have individual autonomy, and while the moral commandments are binding, for ritual commandments every person should choose for him/herself how to observe them in a way that is meaningful. The traditional Conservative view is actually pretty close to the Orthodox view, with the proviso that Conservative rabbis are generally more aggressive in adapting the rules to the society we live in than are our Orthodox colleagues.

But if we know what God wants us to do because the rabbis figure it out for us, how do we know the rabbis got it right? One of my teachers and rabbis, Elliot Dorff, posits a model of continuous revelation. The revelation of God’s will was not a one-time deal on Mt. Sinai, but rather it’s an ongoing process. So how do we know if a particular ruling is the will of God? Rabbi Dorff says if it’s accepted by the community, that’s confirmation that it’s the will of God.

Then there are those, such as Rabbi Joel Roth, who would maintain it doesn’t matter what God wants: the Torah was given to the Jews, halacha exists as complete legal system with the Torah as its grundnorm, its foundation (i.e., “constitution”), and all we have to worry about is working within the parameters of that system. What God would or wouldn’t want in a specific case doesn’t enter into the equation. See the famous story of the “oven of Akhnai” in the Talmud, where the rabbis overrule the voice of God.

I have found myself increasingly dissatisfied with those alternatives. So on the basis of my own gut-level reaction, I’ve come to a different conclusion. I don’t have a treasure-trove of Talmudic sources to prove my point. I certainly don’t have the hubris to claim to be a prophet who has been given a direct revelation from God. So all I can say is after many years of studying Torah and many years of grappling with these issues, this is what my gut tells me. And maybe it will resonate with some other people, maybe it won’t. Maybe some people will say this theology takes me outside the “mainstream” of Conservative Judaism.

But what I conclude is that what God cares about is the “big-picture.”

And I do find, for the most part, that the traditional interpretation is the right approach. I do believe it’s better not to drive on Shabbat; cars are associated with the workweek. Having a day a week where we are not jumping into cars, having a day a week when we live “local,” in our neighborhood, is a good thing. Living in a community where everyone lives within walking distance of everyone else is a wonderful blessing, and it makes it so much more pleasant to get together for Shabbat meals. So this “advice,” is very good advice indeed, and there’s no reason to throw it out.

At the same time, under special circumstances – for example if a delayed flight arrived at the airport after dark on Friday – it’s OK to waive that rule if it means there is a choice between driving home and celebrating Shabbat with family, or having a miserable Shabbat spent in an airport arrivals hall. As it says in the Talmud, “the Sabbath was given into your hands, not you into the Sabbath’s,” or as that famous rabbi Jesus put it, “the Sabbath was created for Man, Man was not created for the Sabbath.”

The principles that come from God are universal; the understanding and details of how to put those principles into practice are particular to each religion. God’s revelation to Moses, Buddha, Jesus, Mohammed, etc., was all largely the same. Each interpreted that revelation in a way that was appropriate to his time and community. (And yes, there should be some women on that list too…).

I have not yet developed a complete list of what I believe are the “big principles” God commands. But here’s a start:

I believe there are many Jews out there who without articulating it actually believe in this theology. When I was a congregational rabbi, more than once I had congregants ask me “Rabbi, please just tell me what it says in the Torah. I don’t care about all the rabbinic interpretation.” At the time I used to teasingly tell such people that they were Karaites, a sect of Judaism which rejected rabbinic interpretation of the Torah. But now I think what those congregants were really saying is “Give me the big picture, rabbi. I don’t believe all those crazy details that aren’t in the Torah anywhere really represent what God wants. Help me figure out what I should do to live a good Jewish life without driving myself crazy.”

I know this approach is very easy to criticize, and I expect to get criticized from both sides. From the Orthodox/Conservative side it’s heresy to demote the rabbis. Dangerous. The path to Reform and who knows what else. On the other side, I suspect many Reform thinkers might say “why do you cling to that idea of being commanded regarding rituals?”

I also separate theology from halacha. In terms of formulating a halachic answer to the question of whether women should wear tefillin, I do support the approach the Conservative Movement takes – study sources, weigh competing values, come to an answer that works for our community. So I don’t think this theological approach of mine would bring with it a major change in the approach I would take to answering a halachic question. The only change is it might make me a little less rigid if there is a time when due to unforeseen circumstances a variation from the halachic norm is called for. The details of how to put the “big principles” into practice are in the hands of Man, and in the Jewish tradition we have a particular process we use in formulating that man-made response to the God-given principles. But the man-made details should not be elevated in importance over the God-given principles on which they are based.

I’d love it if this blog post started a dialog. What do you think? Does this approach make sense? Is it worth developing further in an article or a book? If you’ve heard a similar theology elsewhere, I’d love knowing the source. 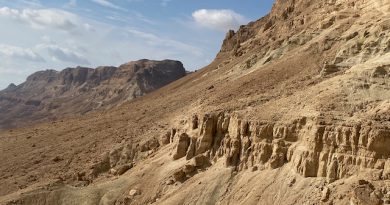 A Hike in the Desert

4 thoughts on “Does God Care if Women Wear Tefillin?”